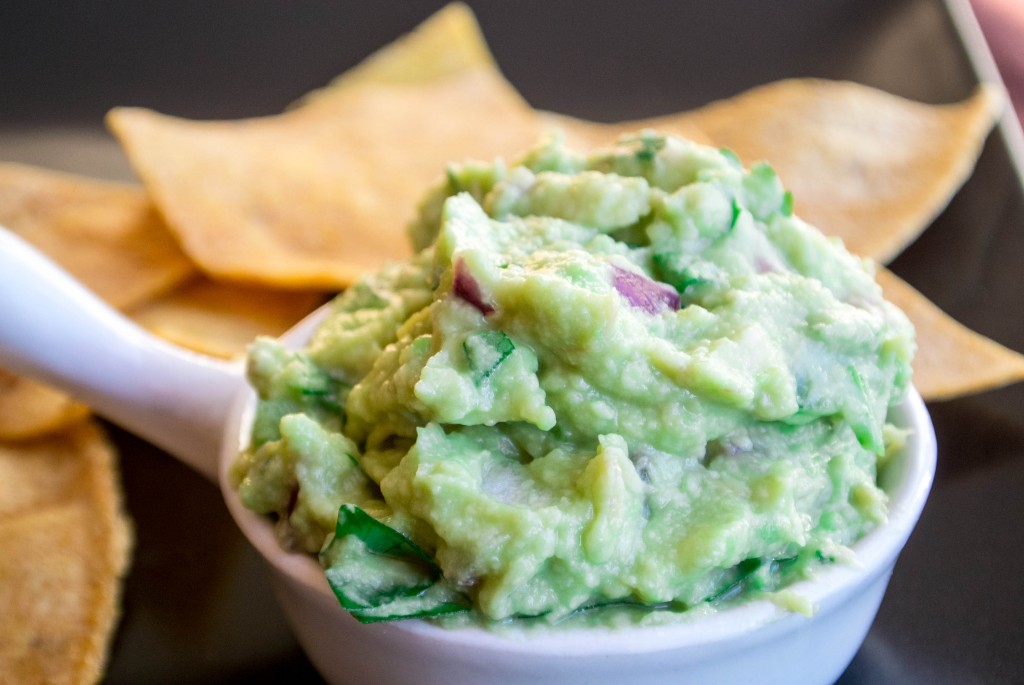 It is so hard to resist table-side Guacamole, isn’t it? If you are an avocado person, and you see the little cart with the cilantro, jalapeños, onions, tomatoes, salt, and like 500 avocados, it’s pretty much a done deal. The first question is not “Should we order it?” but rather “How hot?” {Usually followed by, “Medium?”}

Making Guacamole looks so easy at that little cart, but it never tastes the same at home, you know? Maybe everything is like that though. Restaurant air – and the festive atmosphere that generally accompanies margaritas and chips. 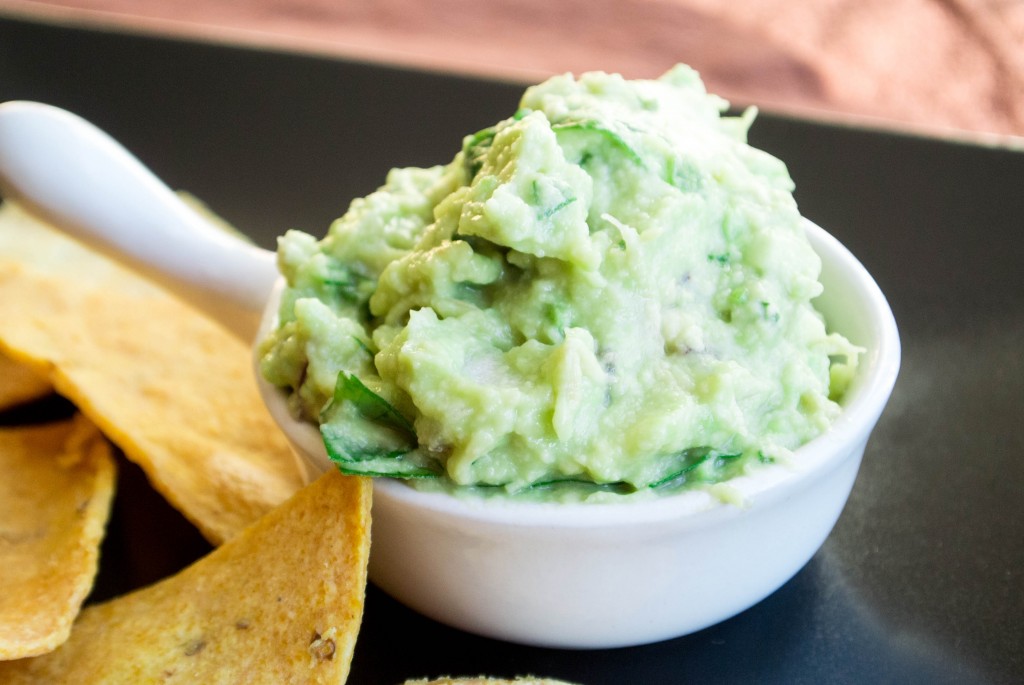 On May 4, 2015, in anticipation of Cinco de Mayo, Chipotle publicly released its Guacamole recipe. You can find the recipe on Chipotle’s website. My first reaction was surprise – certainly the recipe is (was) a Chipotle trade secret – but it didn’t take long for the realist in me to take over. Could it really be the actual recipe? Maybe. Probably not. I am also skeptical that the recipe can be scaled down from 48 avocados to only 2, while tasting the same. In any case, I am not about to bring a side of Guac with me to save the $.99 or $1.49 or whatever Chipotle is charging these days. 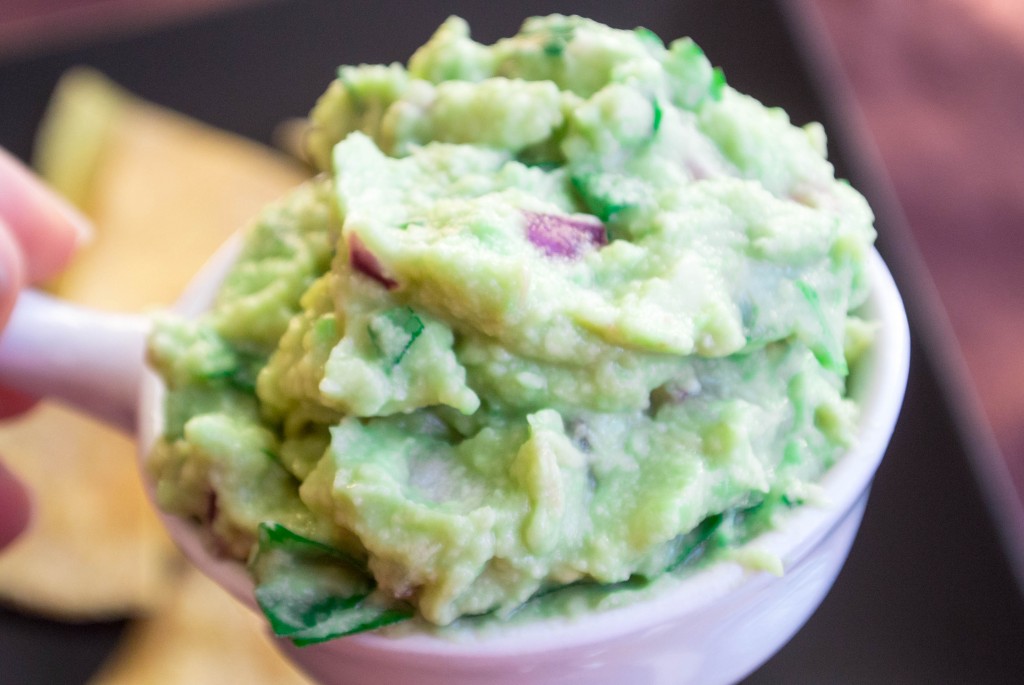 If I have an enormous bowl of Guac in front of me, it’s hard to exercise portion control. Avocados are full of good fat – but it is fat nonetheless, and I prefer to indulge in moderation. Tonight, I gave the Chipotle recipe a whirl, halving it to use only one avocado, and it yielded one half cup of Guacamole. This should be enough for a few servings, buuuuut if you call it “dinner” you get to eat more, right? I paired it with a batch of Tortilla Chips and called it a night. 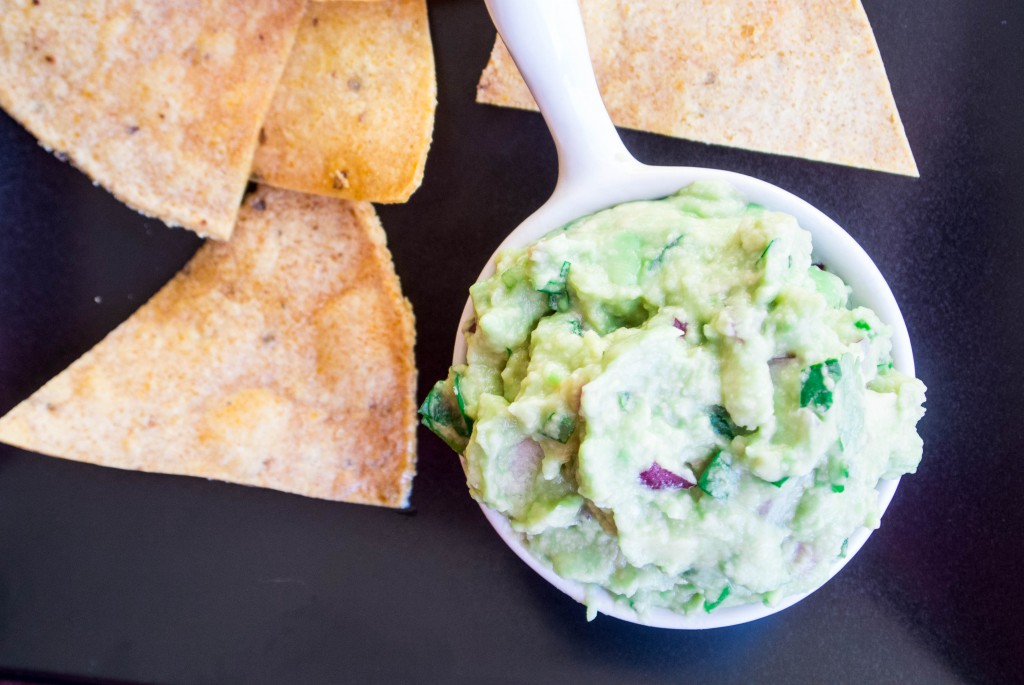 There are endless permutations of Guacamole add-ins, and every Guacamole-maker will tell you they have a secret for the best. But here, I present you with straight-up Chipotle style. 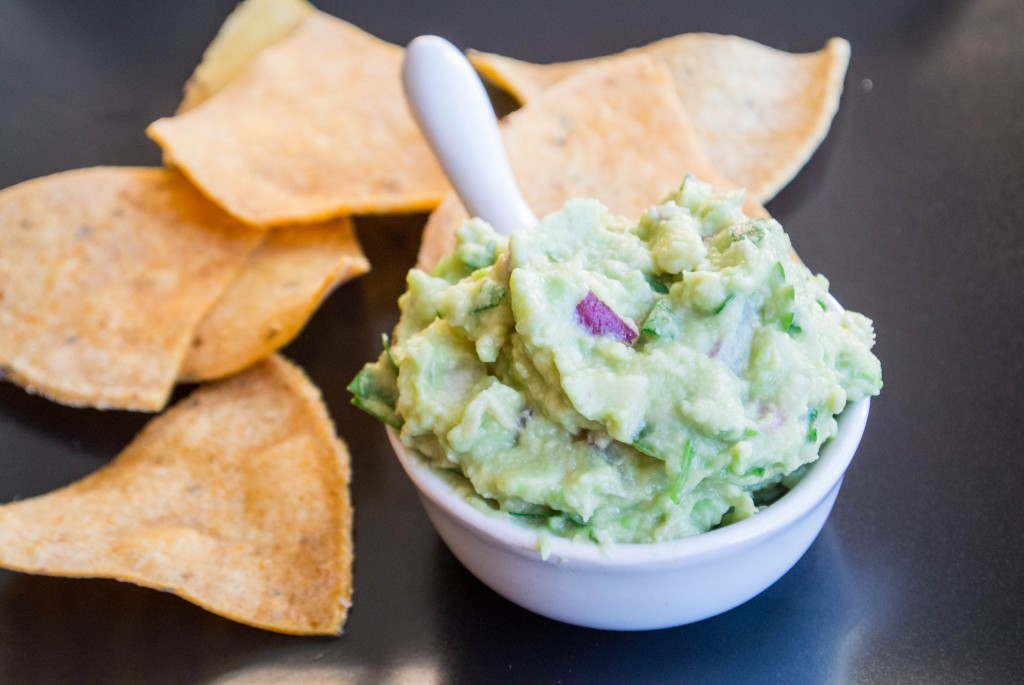