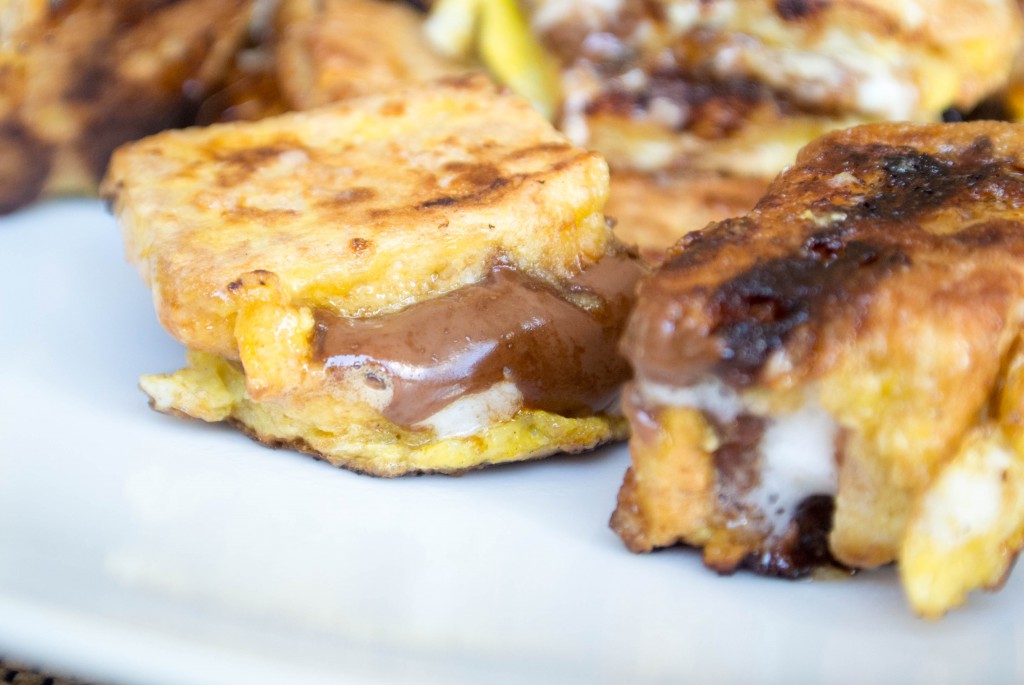 When we last left our heroines, they were chowing down on Italian Quinoa Breakfast Casserole and a huge tray of Indoor S’Mores in a cabin in the woods in honor of LS’s bachelorette weekend. 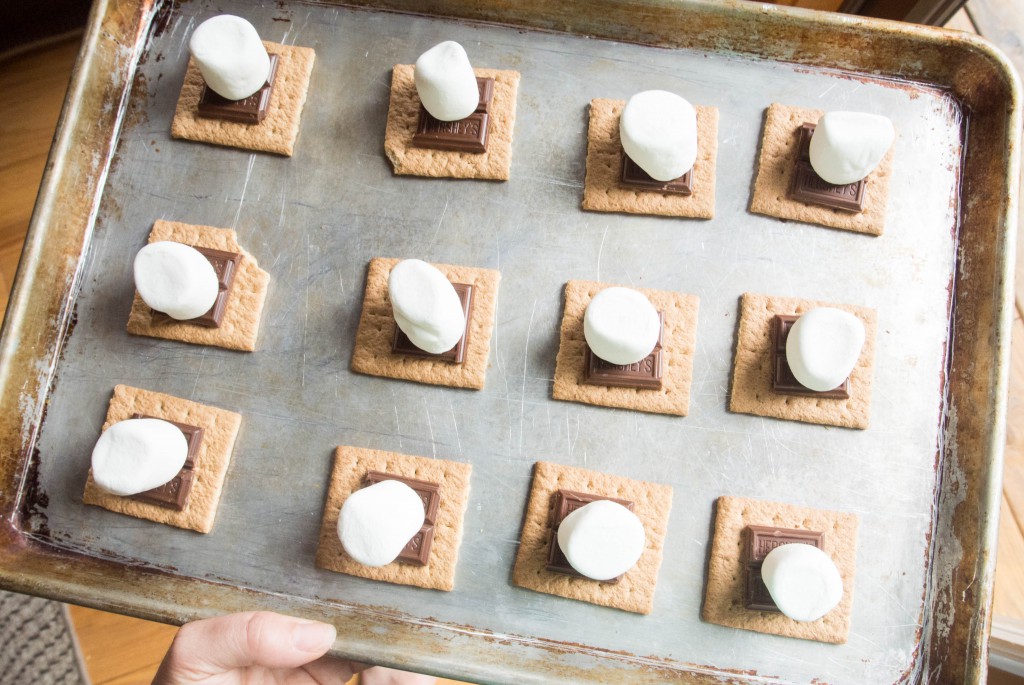 Our leading ladies, however, had a bit too much to eat and drink over the weekend and couldn’t finish the billion Indoor S’mores I had cooked up. We found ourselves with something I would have thought was an oxymoron: Leftover S’Mores. Perish the thought. The crew at the cabin was a resourceful group, and some genius thought to tuck the leftovers into an airtight container. I very honestly assumed the marshmallow would be rock hard or chewy like taffy in the morning. {I was not the genius.} 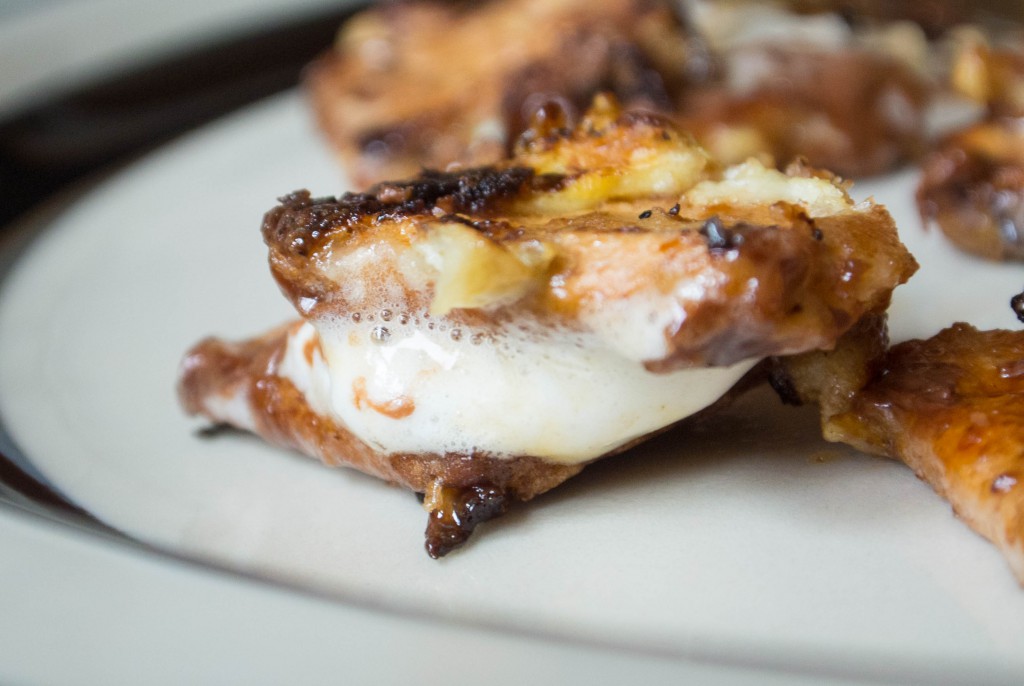 Spoiler alert: It was not rock hard or chewy like taffy. {And you can totally eat leftover S’Mores for days.} 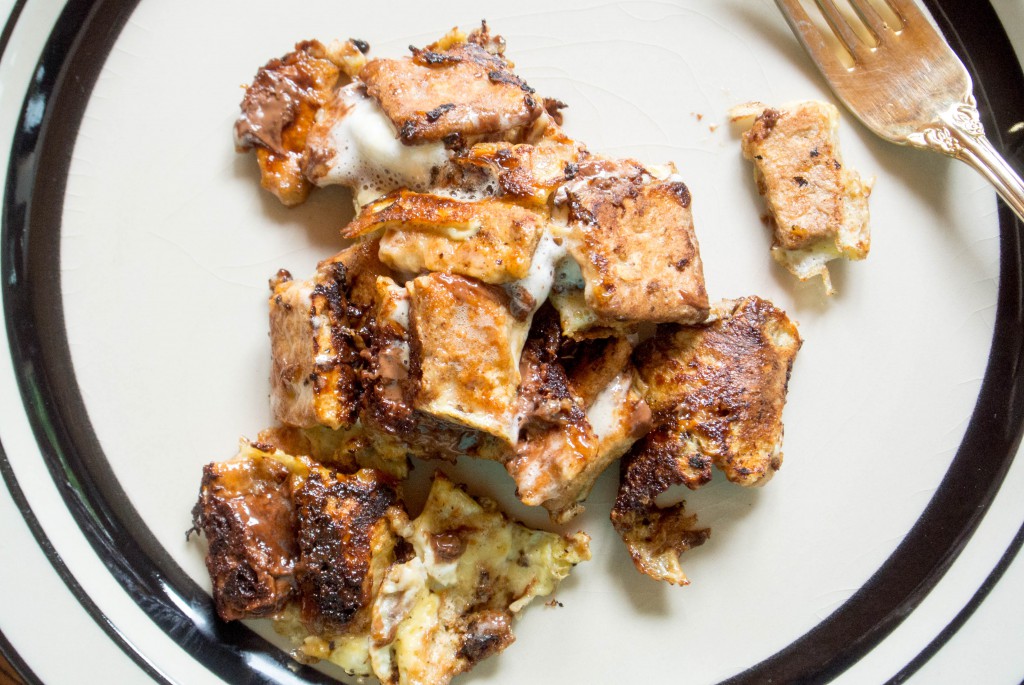 I told the group that in the morning I was going to coat the S’Mores in eggs and fry them up. I WAS KIDDING. But one of LS’s fearless friends, KB – perhaps as a joke – I will never know – said she would eat it. And after a series of escalating dares, I dipped that S’More in egg and fried it. 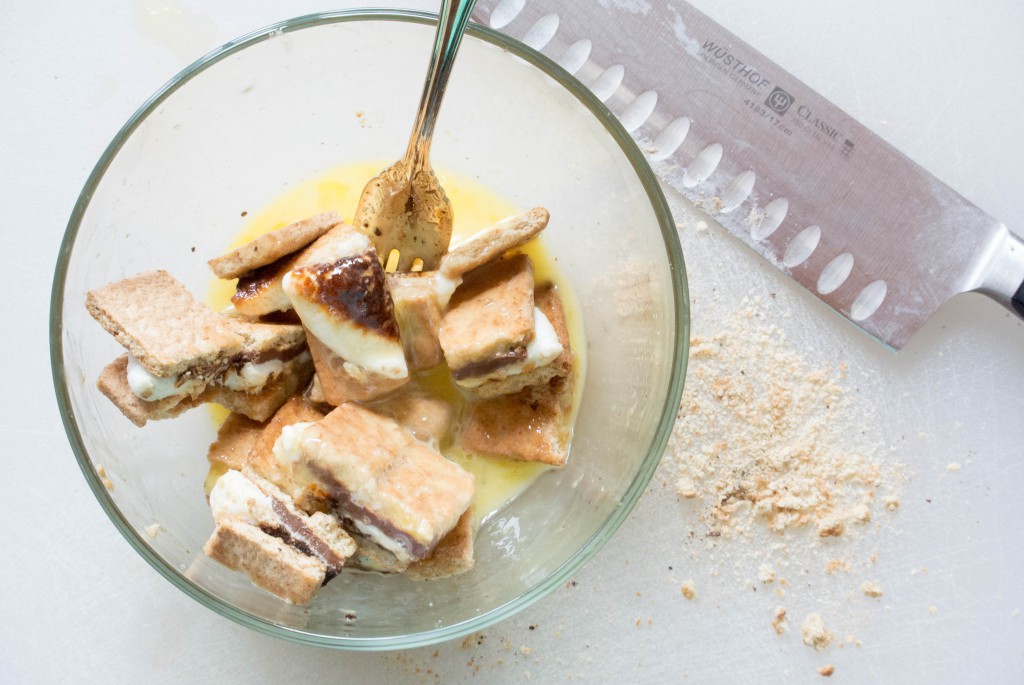 And she ate it. After seeing her eyes light up when she took a bite, we all did. 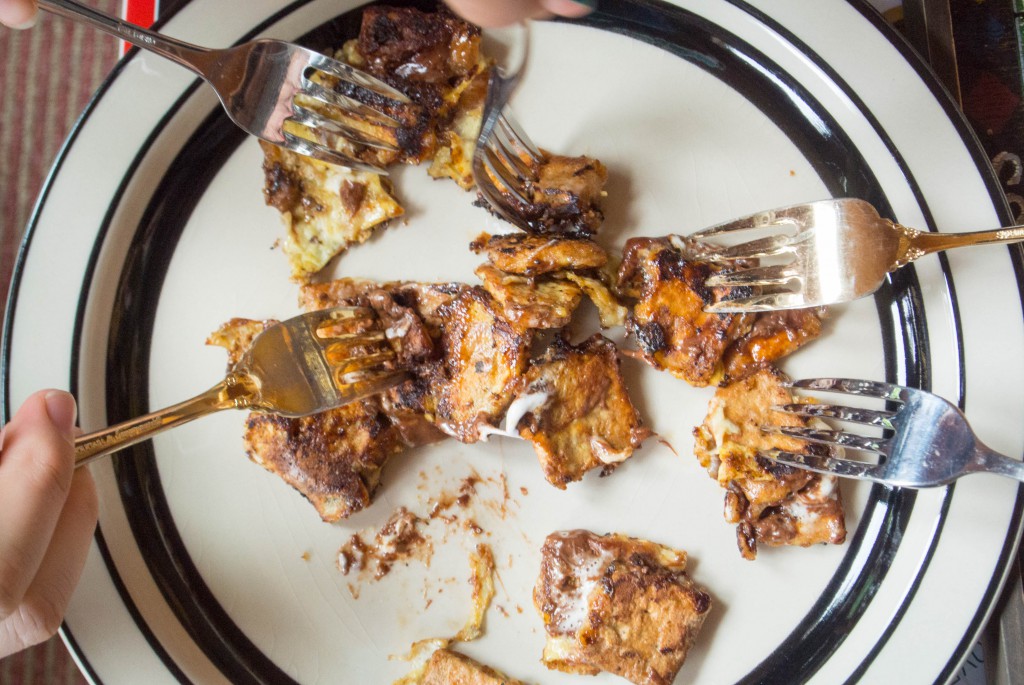 VOILA: French Toast S’Morelettes a/k/a Croque Mons’morelettes. We had a lot of fun naming them. 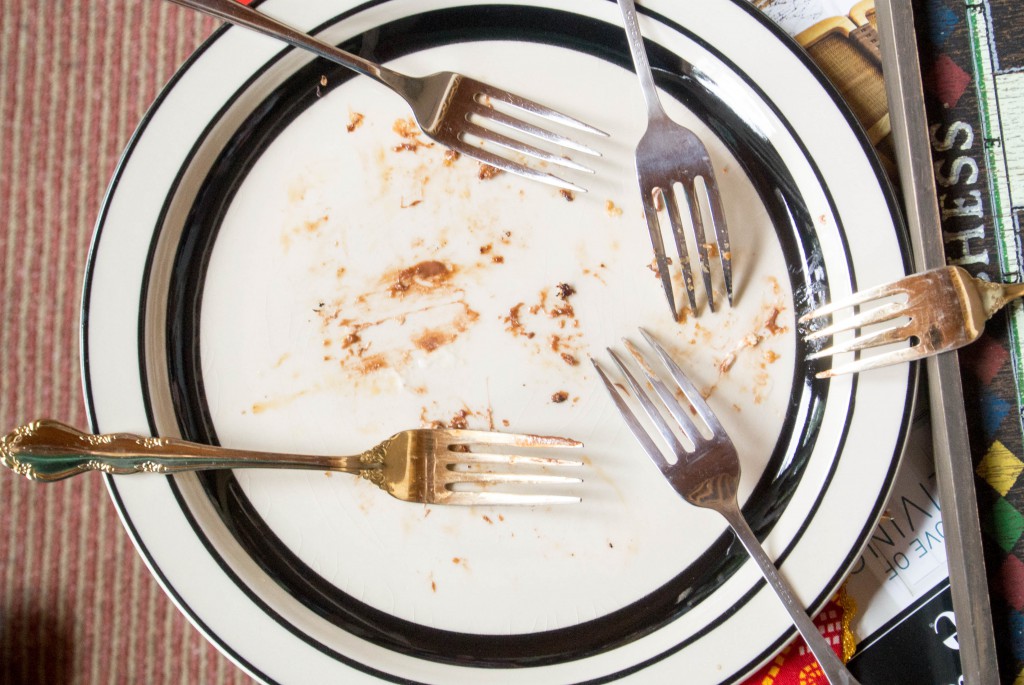 I first tried to dip an entire S’More in egg and fry it – like a Croque Monsieur. It didn’t work. The egg got stuck on the inside of the graham gracker, and couldn’t reach the pan to cook through. 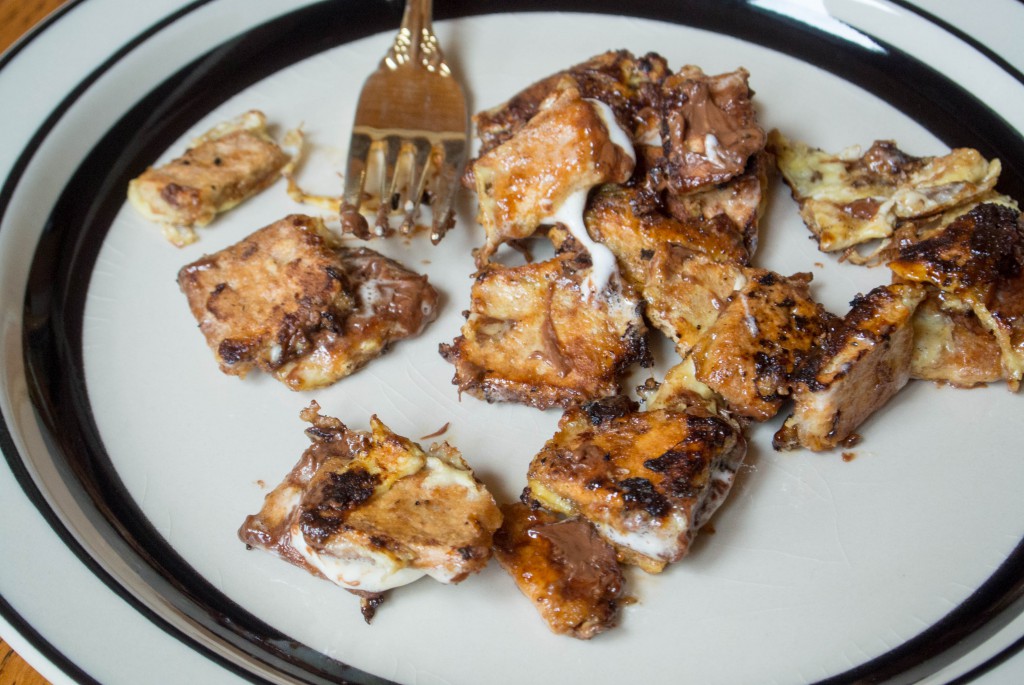 So I chopped the S’Mores into 6 pieces each (first in half, then each half in thirds), and tossed them in egg. The longer you let them soak in the egg, the softer the graham cracker will get. And this might not sound right, but it actually doesn’t need to soften. I recommend just a quick toss, then straining out the S’More pieces into your hot, oiled pan, so there isn’t too much extra egg. We liked them better when they were fried squares of S’More. Fried Squares of S’More. Ugh. YUM. 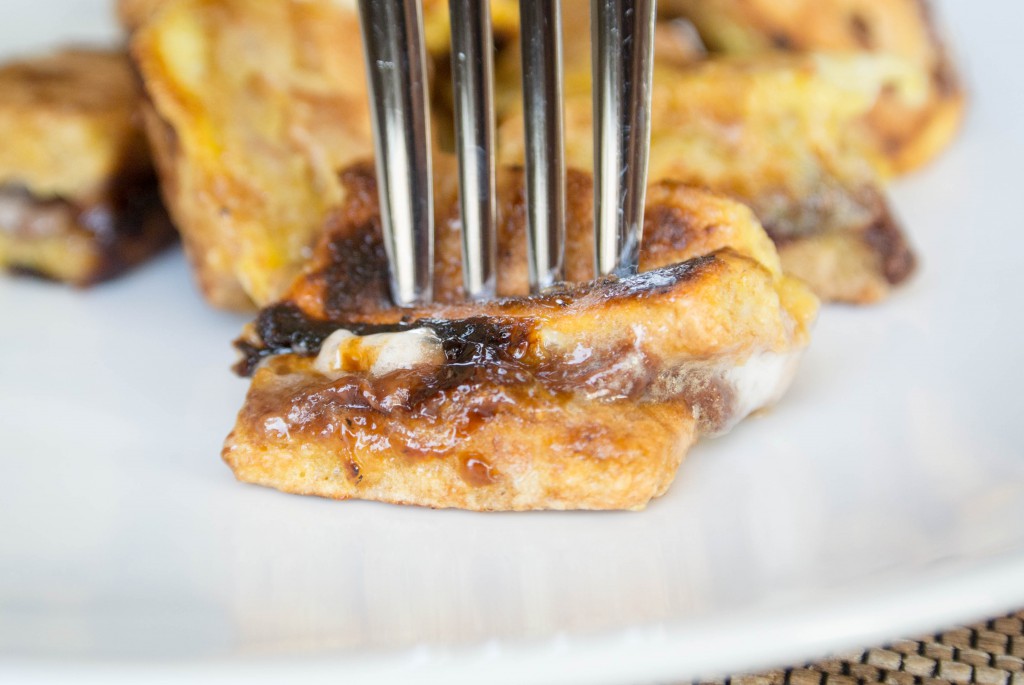 This was yum as a snack, and would make a fun birthday morning treat. It might work as a camping breakfast, too. I don’t camp, I have no idea. But I feel like people who camp make S’Mores and have frying pans. Soooo… let me know how that goes for you.

I don’t think with the marshmallow and chocolate that you will need syrup. But if you have read this far, maybe you’re just the type. 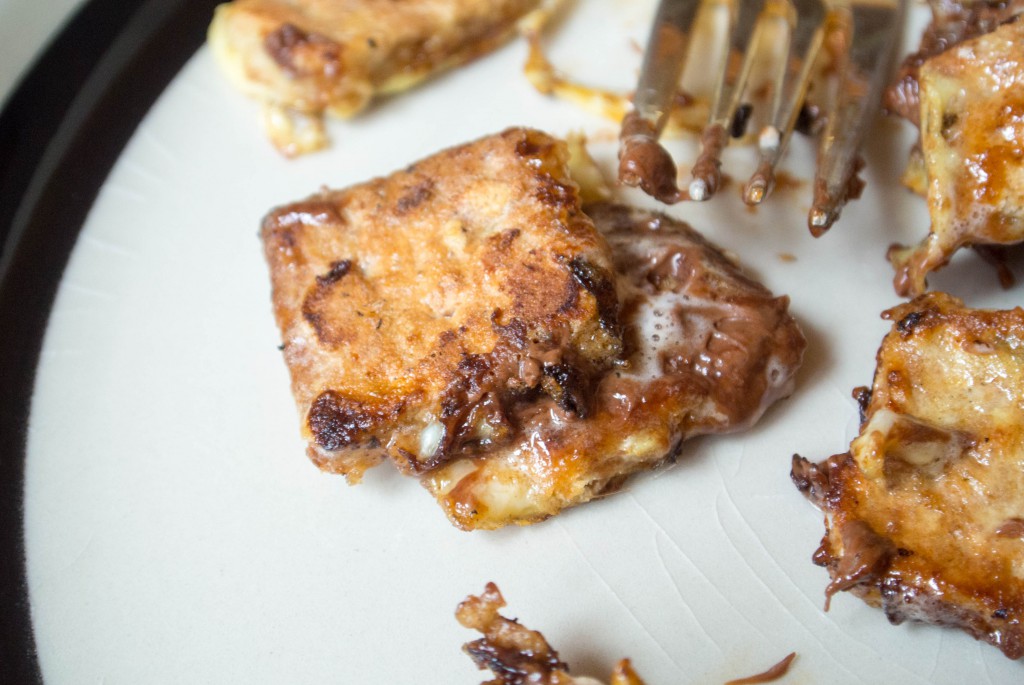 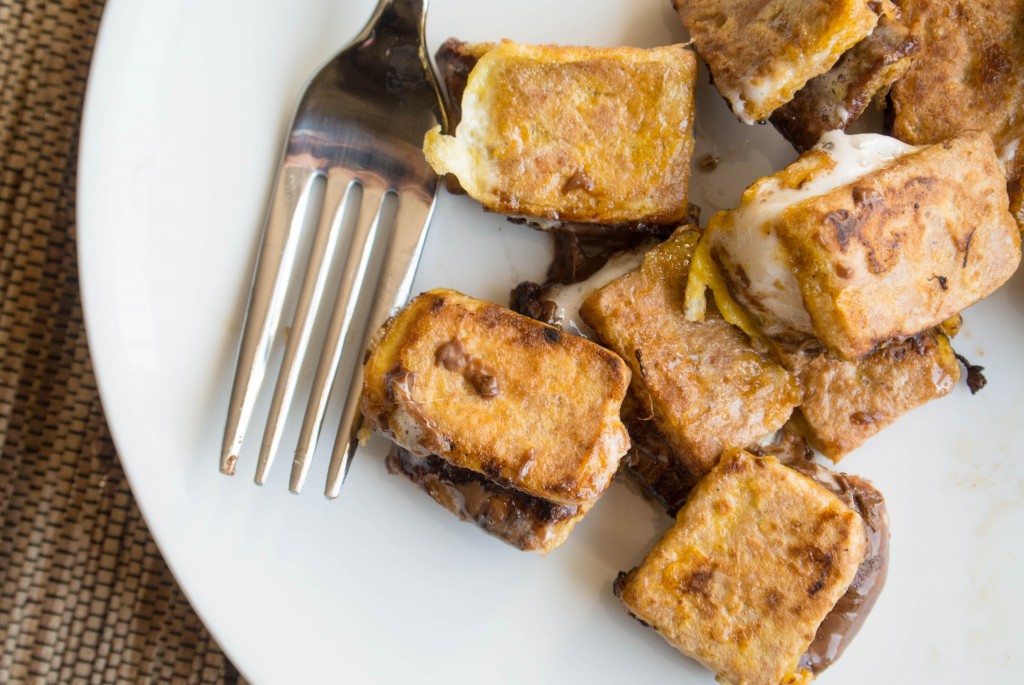 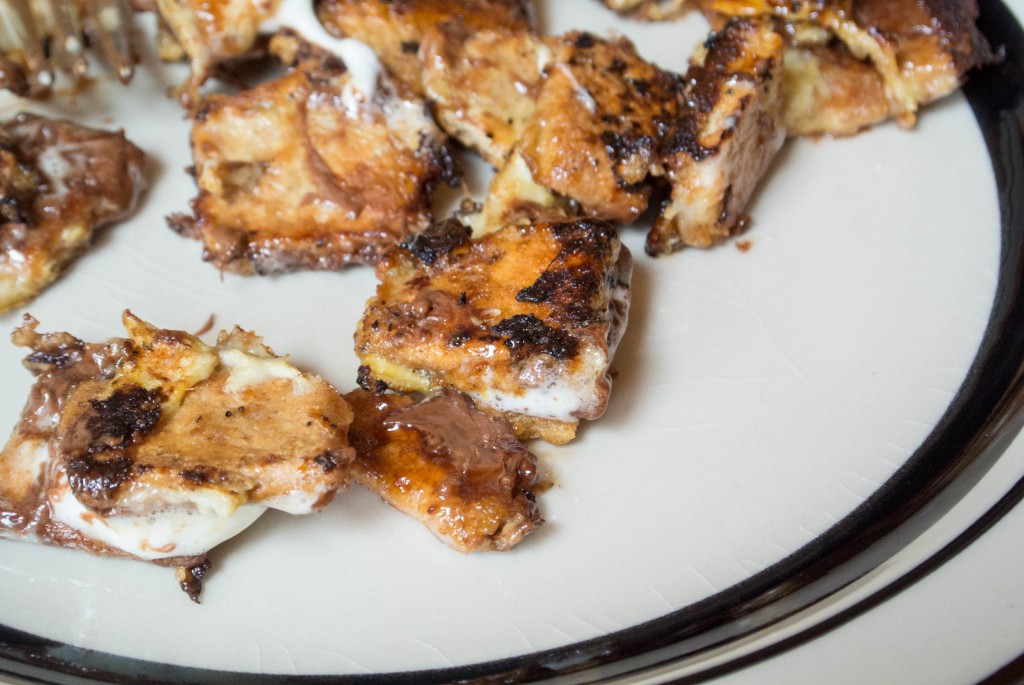