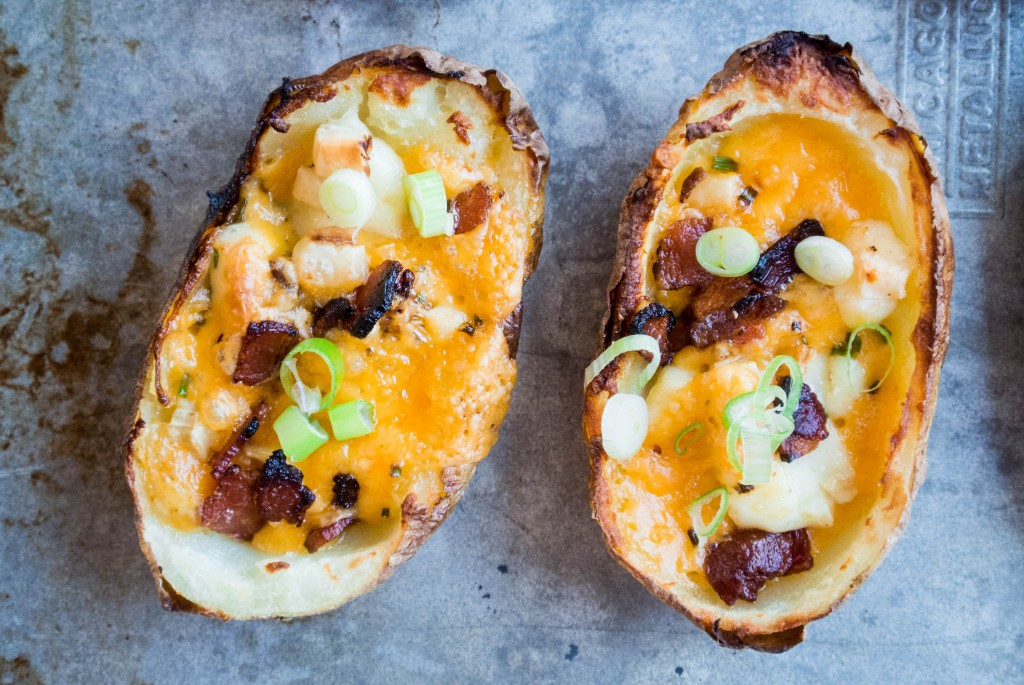 Potato Skins are my favorite stand-by bar food.  What are my other options? Nachos: Done right, YES, but why is it so hard for bars to get nachos right? Chicken wings: I can’t get past the thought (and feel) of chewing off the bone. Fried calamari: Too fried.

Potato Skins it is, then. And they are so easy to make at home, and add or limit ingredients to them make as healthy as you want (…adding chopped broccoli and cutting back on cheese come to mind). 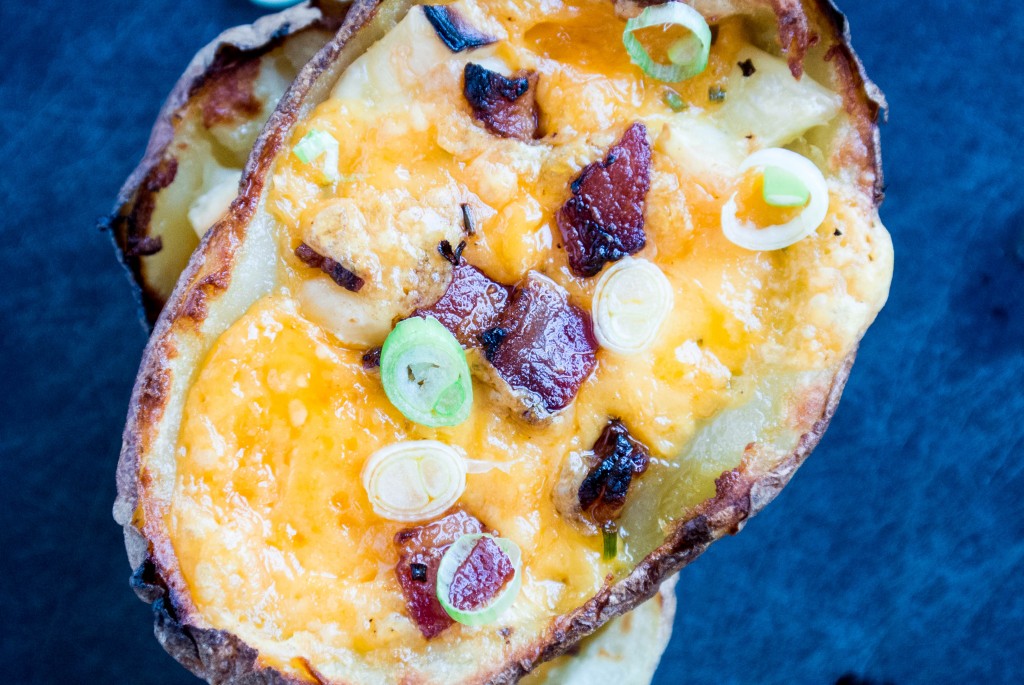 Or, as unhealthy as you want. I don’t judge. 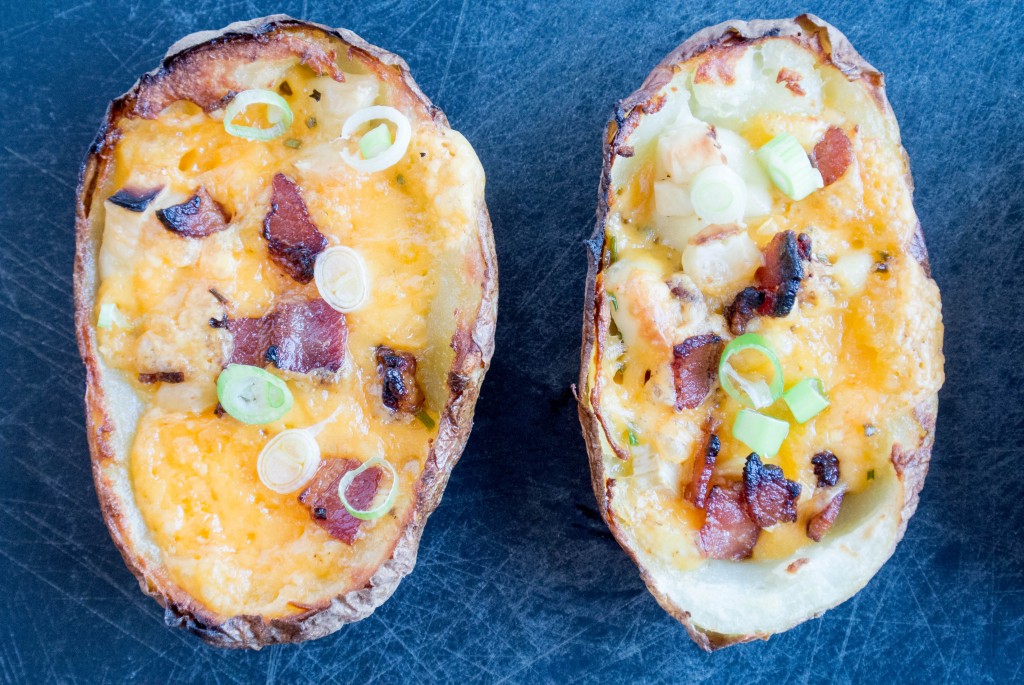 Potato Skins can be made from items you probably have in stock, in about 20 minutes; they are also a great item to prep in advance and then throw under the broiler for a few minutes when you are ready to eat or serve. And why don’t people eat potato skins for breakfast? They are filled with breakfast foods. I say: do it. I am tagging this post for “Breakfast & Brunch.” There. It’s done. 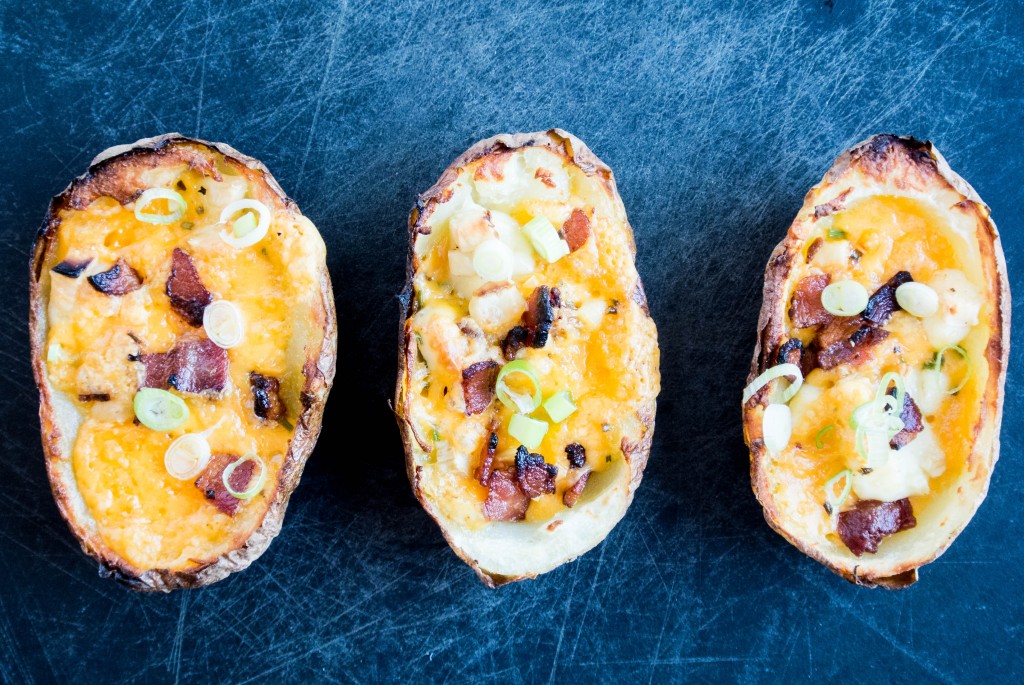 You can top a Potato Skin with anything, but it will be held together best with cheese (I mean, of course – cheese is a cure for most things). These pretties were made with a few ounces of cheddar cheese and brie cheese (left over from a party cheese platter), bacon, and chives, and topped with a bit of sliced green onion. I served them with a bowl of salsa for topping, but they are fine on their own, or try them with a dollop of Greek yogurt or sour cream. 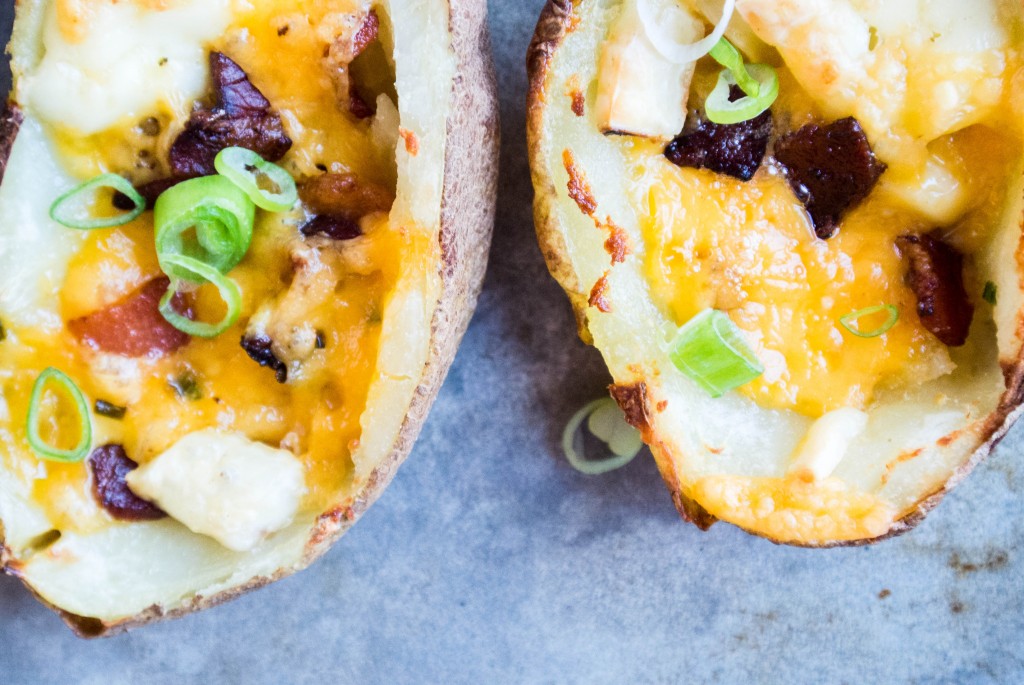 Quick tip for disposing of the bacon grease that you will be left with in your skillet after you remove the browned crunchy pieces: Line a small bowl with tin foil, and pour the grease in. Once it hardens (toss in the fridge if you’re in a hurry), just lift out the tin foil, fold, and throw away. 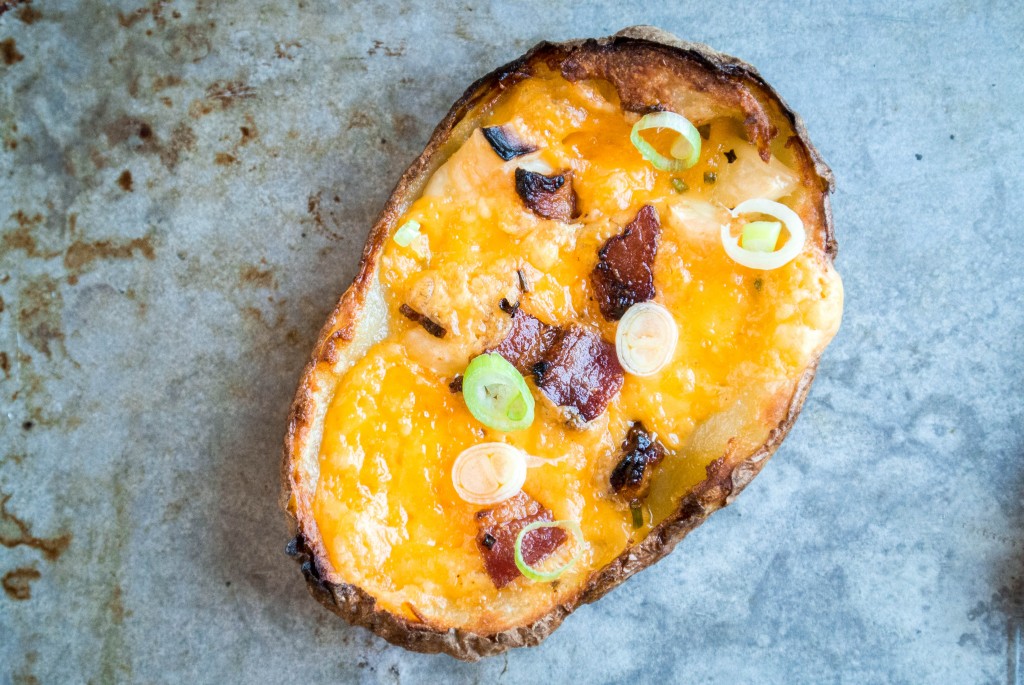