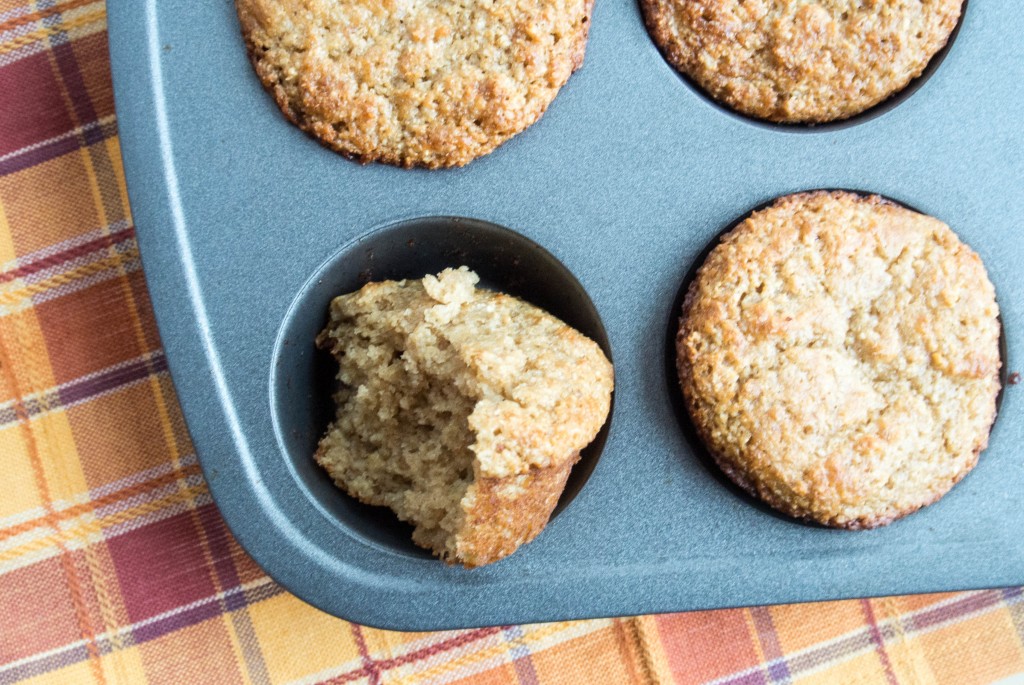 I cannot stop eating these muffins.

This recipe makes 6 muffins, and I am purposely not doubling the recipe, even once to see how it turns out, because I don’t want to have more than 6 available to me at any given time. I don’t want to take them to work for colleagues or a meeting, and I don’t want to share them with friends. I want to eat all 6 of them – hopefully slowly – over the next few days.

But I have also decided that they are a prefect treat-breakfast (all healthy ingredients, if a bit more sugar than breakfast usually entails), after-work snack, pre-workout pick-me-up, or pre-dog-walk shove-in-face, sooooo… 6 probably won’t last that long. {Update: 6 definitely do not last that long.} Luckily they are super-easy to make and I can whip up another batch without much ado. 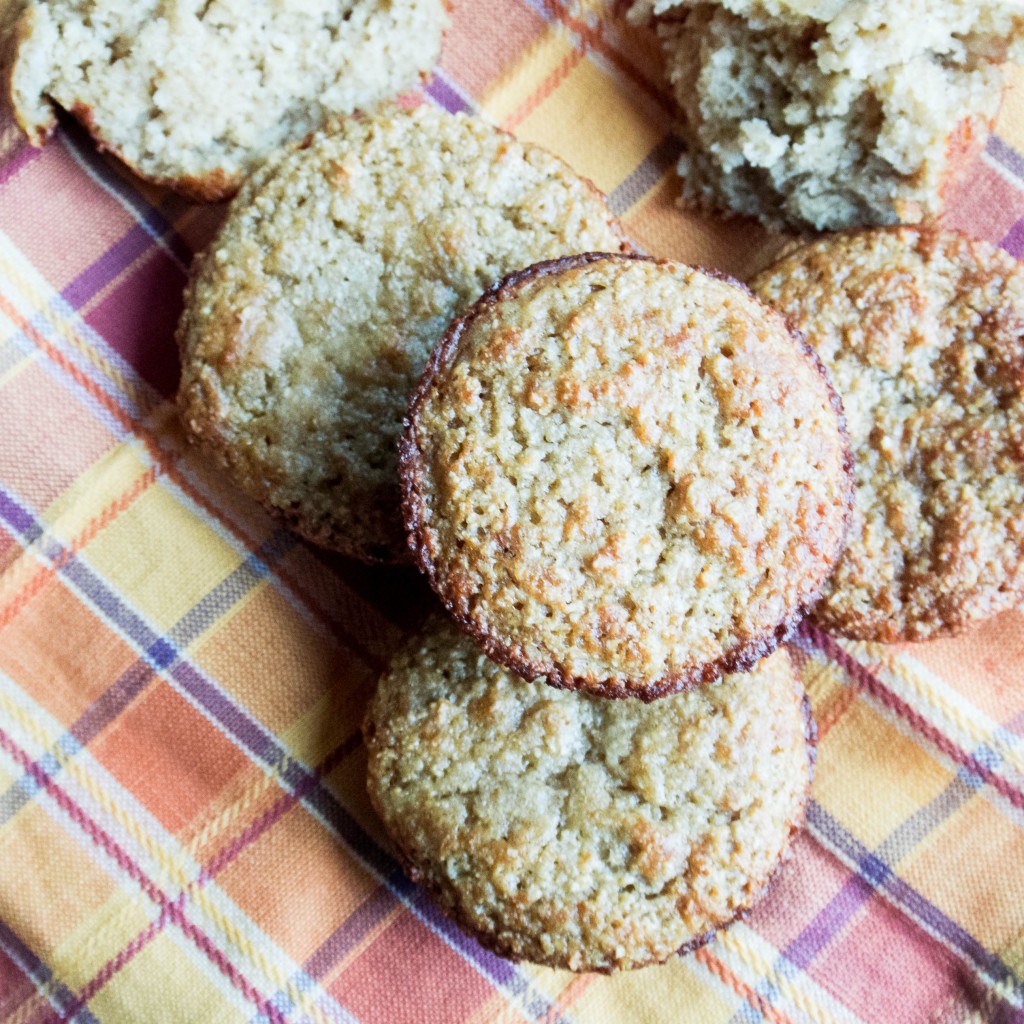 At Whole Foods recently, Greek Pastures was sampling fancy flavored non-fat Greek yogurt. It was so delicious – but so rich, I couldn’t see eating more than a few spoonfuls of it at a time. I liked all of the flavors I sampled, but after one taste of the peach-ginger variety, I knew it would be just perfect for baking. Yogurt can usually be substituted for sour cream in recipes, and the thought of peach and ginger in a cobbler or muffin or similar… I grabbed my on-sale fancy yogurt and headed for check-out.

I found a recipe for sour cream muffins that looked interesting, and decided to halve it because I only had half of the yogurt the recipe called for. I then puttered around with the rest of the ingredients to make it healthier. {It’s not really recognizable as the recipe I started with, at this point.} 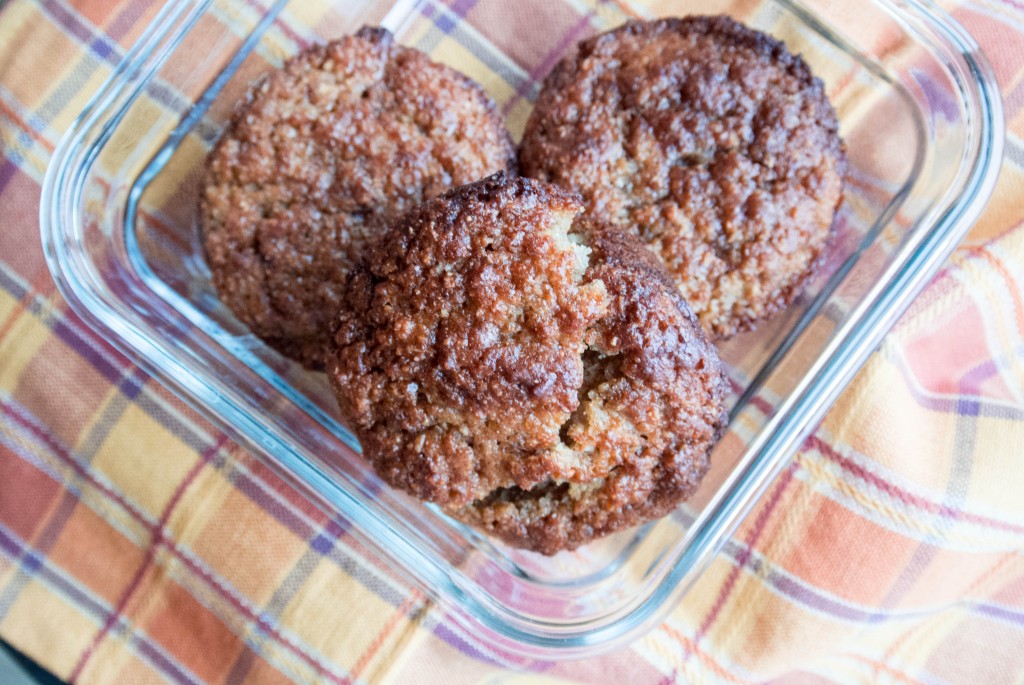 This was the first time I manipulated so many ingredients in a recipe – in the past, I have wanted to be able to isolate any failure and figure out what caused it, but for these muffins, I threw caution to the wind. I am one wild and crazy gal, maybe you are starting to get that impression. Most notably in the substitutions, I wanted to try oat flour instead of white or even wheat. {I repeat: WILD and CRAZY.} Oat flour, if you have not tried using it, is super easy to make, and healthy. All you do is put rolled oats in your food processor, and blend until it is as finely ground as possible, and then use in the place of flour!  You can also buy oat flour, but it’s just as easy to make yourself. I made a bunch of extra and am keeping it on-hand.

So, when you use oat flour… remember, it’s just made of oats. It doesn’t have the same leavening properties as other flour, and I had to tinker around a bit because my first batch came out DELICIOUS and the most beautiful golden brown color, and had the best texture… but the middles of each completely caved in, and they were not at all attractive. The kind of thing you eat by yourself in your yoga pants.

I then racked my brain trying to figure out how to market it, because it was SO GOOD – serve with yogurt and fruit? on ice cream? some sort of crumble? – but then I did some research on how to make baked goods rise, and decided to take another stab at it. I added more oat flour, a bit more liquid, and more baking powder, and OMG. I had no more peach-ginger yogurt, so I used plain nonfat Greek yogurt, and added ground ginger. And honestly, I couldn’t tell that much of a difference, so I would think you would be safe trying any fruit or plain yogurt.

I swapped in coconut oil for butter, egg whites for egg substitute, cut down on the sugar, and – BOOM. Easy, fast Ginger Oat Muffins. They brown up so pretty from the bit of coconut oil. The recipe below has an optional cinnamon swirl – maybe omit if you plan for these to be breakfast muffins, but the cinnamon, ginger and vague hint of coconut are magical together. Let me know if you love them as much as I do! 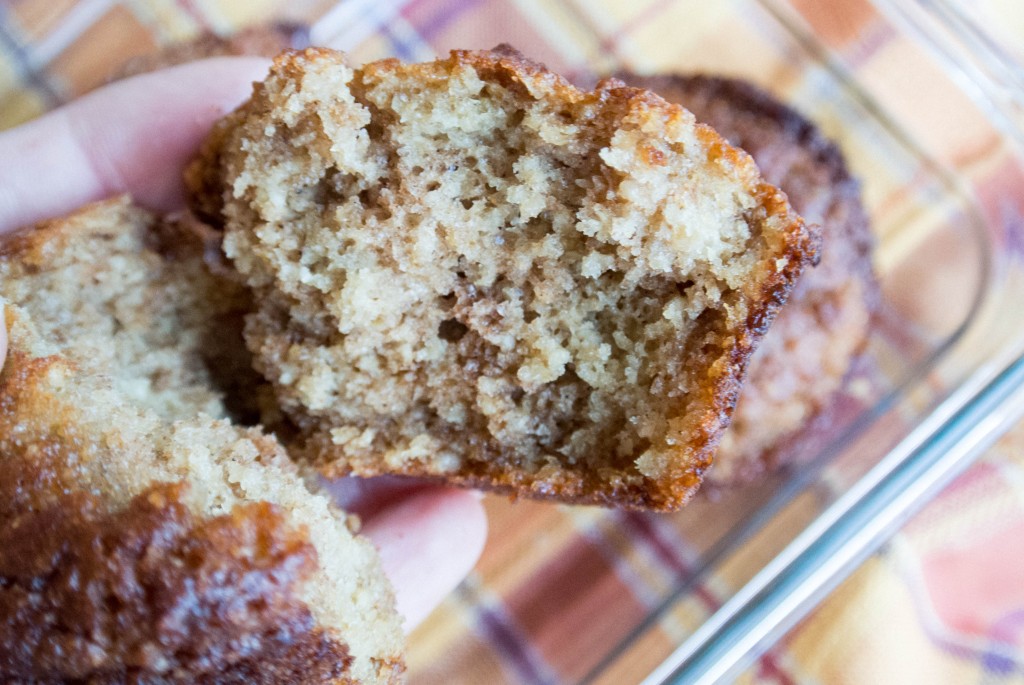 The above photo shows the cinnamon swirl. So pretty, and equally delicious.

Print
Prep time
10 mins
Cook time
15 mins
Total time
25 mins
A treat for breakfast, or a great pick-me-up at work during the 3pm doldrums. Easy, with lots of healthy ingredients.
Author: myutensilcrock.com
Recipe type: Breakfast, Brunch, Snack
Serves: 6 muffins
Ingredients
Instructions
3.2.2925
These muffins are Tazewell Approved. Here, he demonstrates his ear dexterity (one perky and one back) hoping maybe the muffins would be available post-photo shoot. 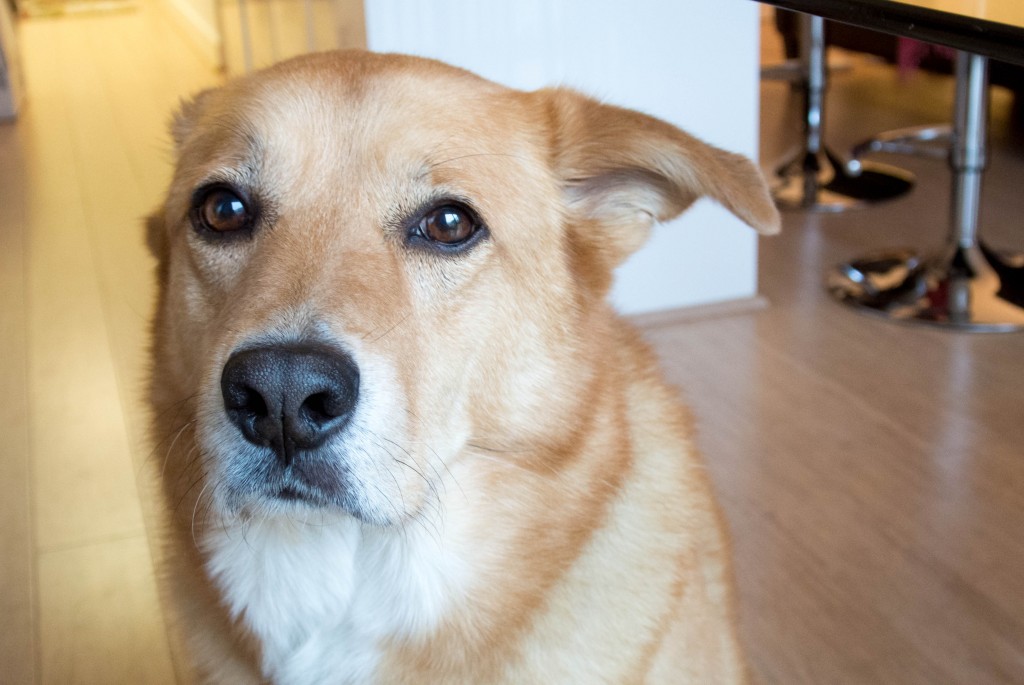