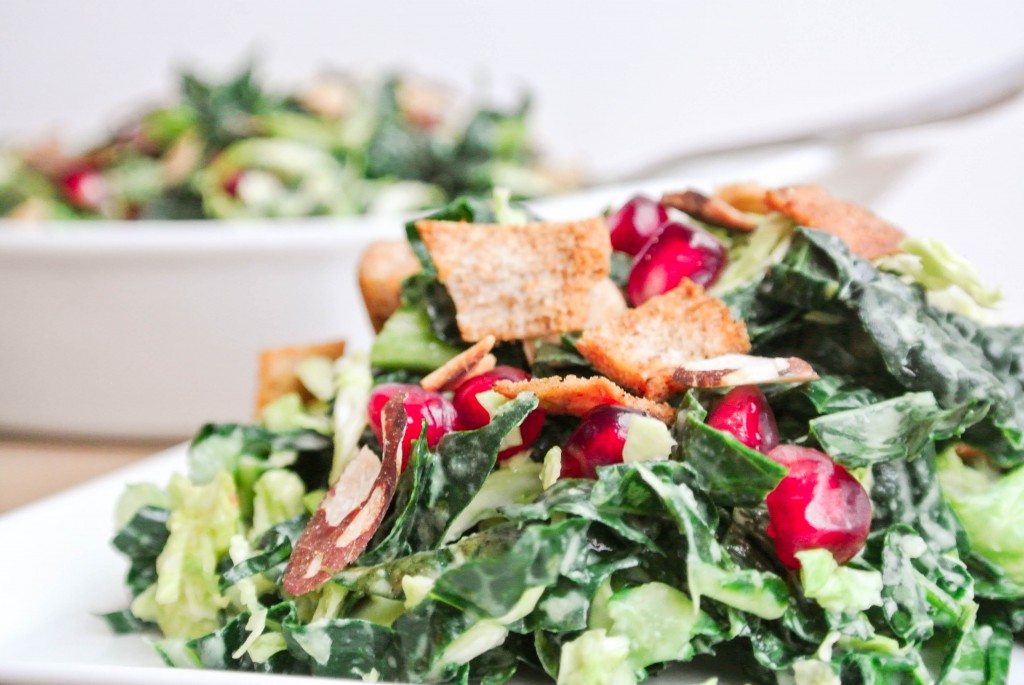 We are in the holiday home stretch! Buffets and cookie exchanges will soon be in the rearview mirror – after one last gasp this week. This Middle-Eastern Kale & Brussels Sprout Salad is a great one to help get back on track – so pin, bookmark, and print away to get a head-start on healthy eating for the new year.

I had never tried raw brussels sprouts, but they are a great winter treat. I mean, not like a cookie exchange treat, but seasonal nonetheless. Sliced very finely (using a mandolin or a food processor with the slicing disc), the brussels sprouts together with the lacinato kale provide a solid base for the tahini dressing, which is highlighted with a bit of maple syrup (!) and miso (!). If you are skeptical of the raw, admittedly strong, green vegetables, try slicing them both very, very thin. As thin as possible. The salad is topped with crunchy pita chip croutons, earthy toasted almond slices, and cool and sweet pomegranate seeds. Perfection? Quite possibly. 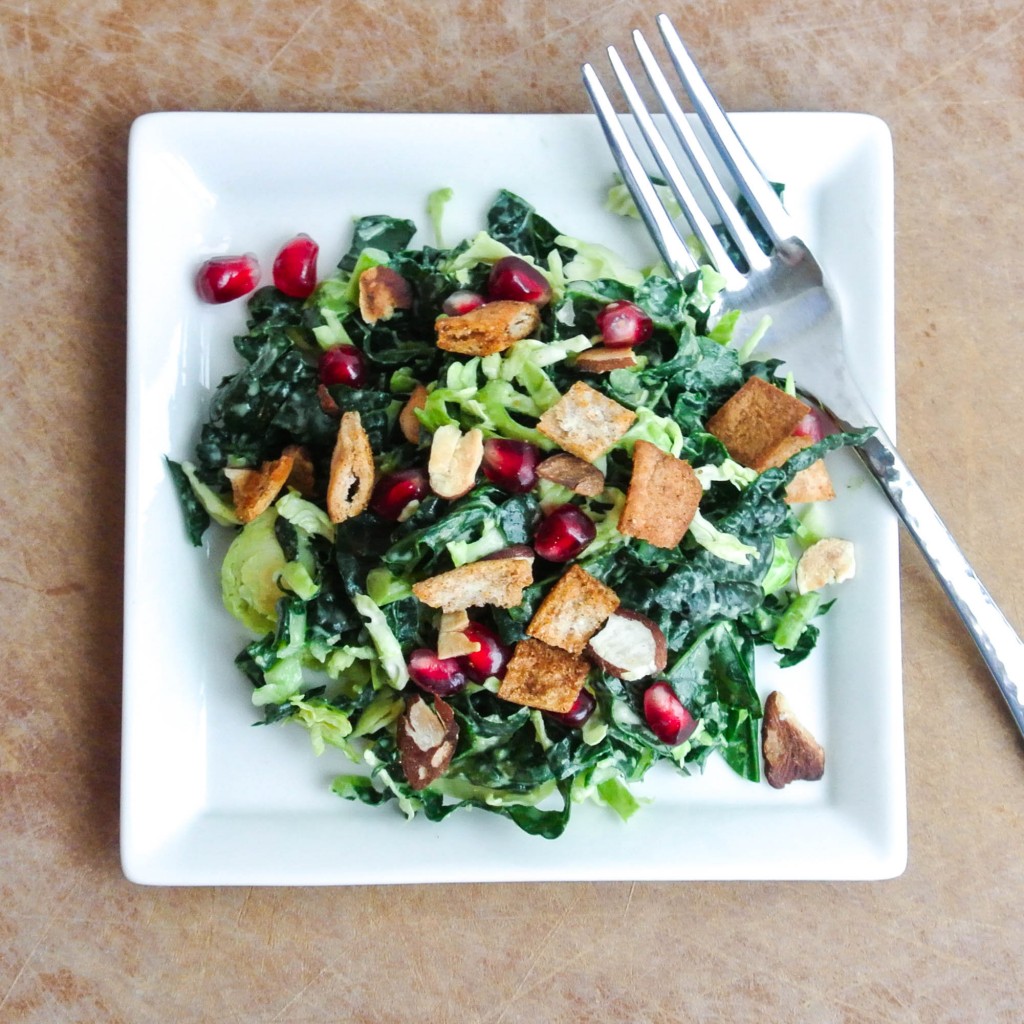 I recently served this salad to a few friends who came over for brunch, and as I was putting it together before the finishing touches were done, we agreed that it looked great as-is. One friend mentioned that it could be served as a slaw. I agreed, and had actually thought the same myself, but then we started talking about what “slaw” means – do “slaws” have to have a creamy dressing? Would tahini fill that role? Can any vegetable comprise a slaw? Well, it turns out {from what I can find online} that “slaw” is actually just an abbreviation for “coleslaw,” which consists of thinly-sliced cabbage dressed with a mayonnaise or vinaigrette dressing.  So friends, I think we have a “slaw” on a technicality here: brussels sprouts are in the cabbage family! And as soon as the definition people get a load of this tahini dressing, we’re in.

Print
Prep time
10 mins
Total time
10 mins
This salad is easy to throw together, and pairs well with many meals - try it with kabobs or topped with gyros - or forego the toppings and serve as a slaw.
Author: myutensilcrock.com
Recipe type: Salad
Cuisine: Middle Eastern
Ingredients
Instructions
To make the pita croutons:
3.2.2925 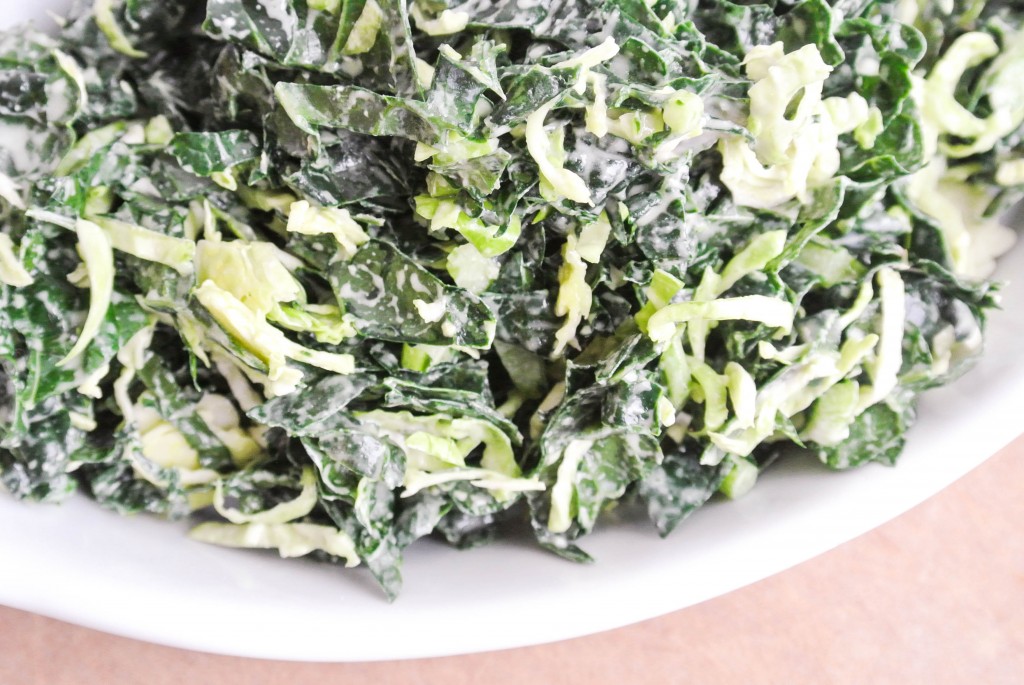 Pictured above as a slaw. Equally delicious, and a bit less work. 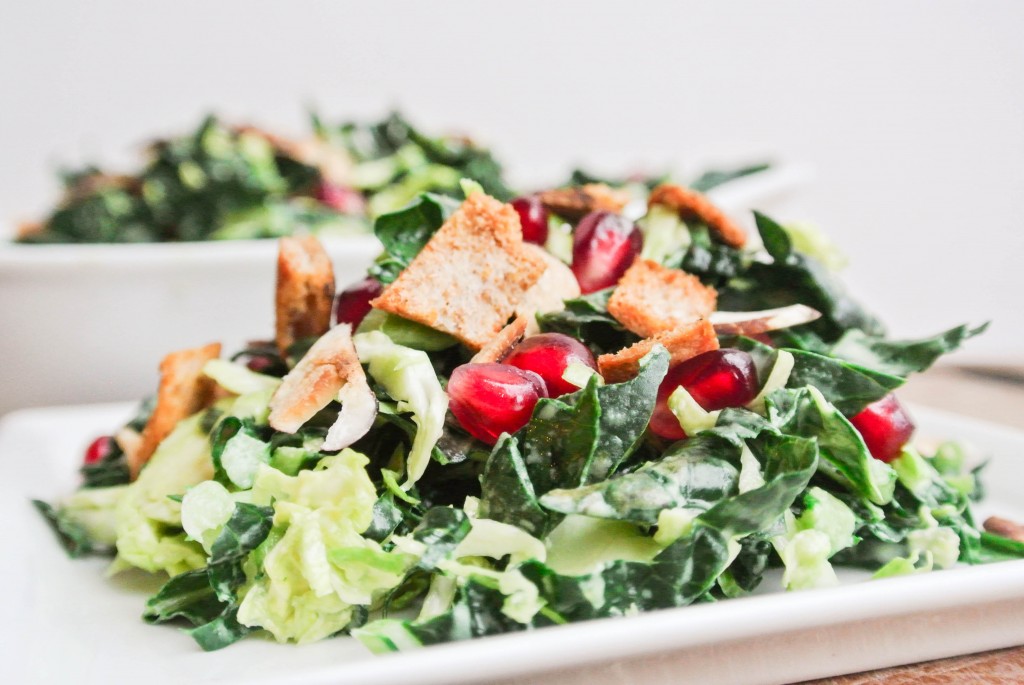 If you make raw kale salads, you likely have noticed that the kale soaks up whatever you dress it with, so if you are saving this salad to eat the next day or day after you make it, I recommend doubling the dressing and saving the second half for when you are ready to eat.

Brunch with mom and dad on a beautiful day in DC!

This week is coming in hot and requires @fiveguys.