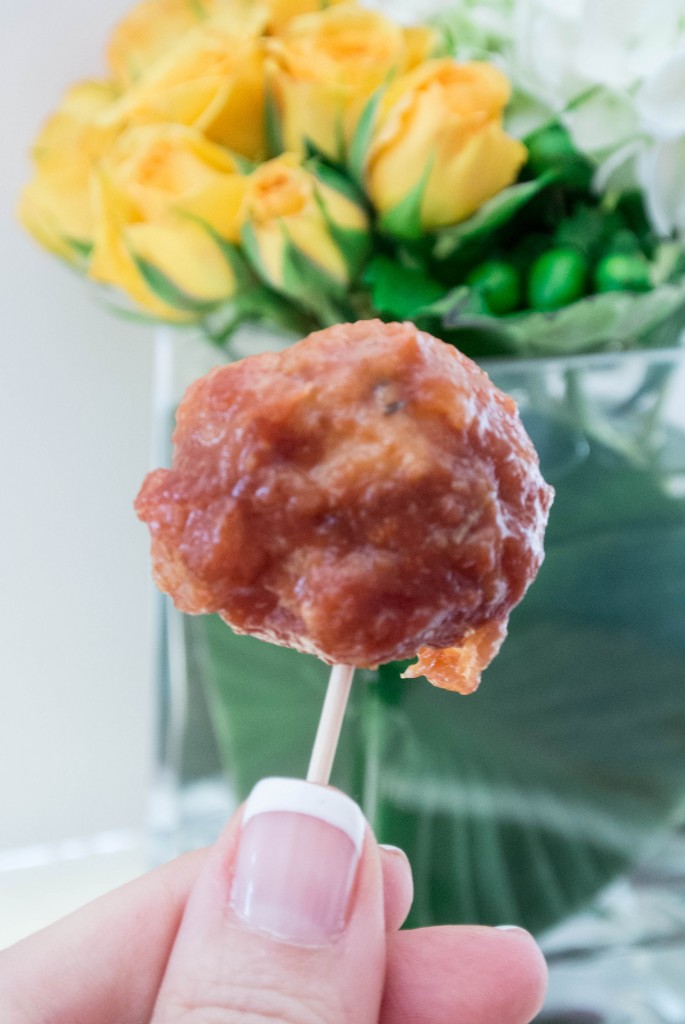 Sometimes when I have people over for a get-together, I am a mess at “game time.” As my first friends are arriving, I am generally not wearing makeup (or shoes), my sink is filled with dishes, and I’m lucky if I haven’t thrown two armfuls of clothes in the bottom of my closet to hide them from sight. Something is simmering on the stove – three steps (and three more dirty dishes) from completion – and nothing is put out to sip or munch on. And where did I hide the cute cocktail napkins I bought??

At times like these, I convince myself (and maaaaybe my guests? but probably just myself) that I am just super-casual. Go with the flow (hey, hand me that whisk, willya?). Just putting on some “finishing” touches (orrr, starting a dish or two). Oh, and want to hang out with me in my bathroom while I put on mascara?

Last Saturday night, I had a few friends over, and as my first friend walked in the door, I realized that I was completely ready. The finishing touches that were left to complete were actually finishing touches. I could hardly believe it myself, but I immediately identified two helpful tips that I wanted to pass along to you. They include: Meatballs and Manicures.

Meatballs: The morning of the party, I prepared a 9″ x 13″ pan of sweet and sour meatballs and placed them (covered) in the refrigerator while I prepared other items, walked the dog, and generally got organized for the evening. About 45 minutes before the time for which I had called the party, I transferred the meatballs to the oven. They needed to bake for an hour, my thought process being that the casserole dish would come out of the oven as the first guests arrived (or shortly thereafter, with how Saturday night’s crew was running). My kitchen was straightened and cleaned when they went in the oven, and I headed to apply my makeup (and put on shoes) in a calm and orderly manner. It was amazing. When my guests arrived, my apartment and I looked ready for them, and the meatballs moved to the kitchen island with some mini cocktail forks. Effortless! Pro Tip: Prepare a dish the night before, or the morning of, a party, that can bake in the oven unattended for the final hour before your party.

Manicure: I rarely pay attention to my fingernails, but when I do, I have to say, people notice, in the best ways possible. I usually shy away from manicures because I use my hands so much {she types, while taking a break from scratching her dog’s scruff}, and polish chips or smears or gets those annoying little bubbles before I can get my credit card out of my purse to pay for the manicure. Or more likely, as soon as I am out of eyesight of the salon and it would be just annoying enough to return to have it fixed that I don’t. I knew that I would be working with my hands all Saturday to prepare for the party, and also that I would be traveling for work the entire next week, so in order to eliminate the hassle of chips or snags (who wants to eat food served to them by tired, dirty nails?), I treated myself to a shellac french manicure.  I won’t get shellac manicures often, because they seem like they could be harsh on my nails, but I think one every few months is a good balance. My guests complimented my nails as much as the food (some admitting they never even notice hands or nails), asking if I made ALL of this food and LET ME SEE YOUR NAILS! And I have to admit, I am still stopping to stare at them, almost ten days later. This manicure helped me feel so put-together for the party I hosted (which continued for the week of work travel – bonus!). Pro tip:  If there is any you-maintenance you can do in advance, like getting a manicure you know will last, take care of that up to two days ahead of time.

Flowers courtesy of the lovely LM.