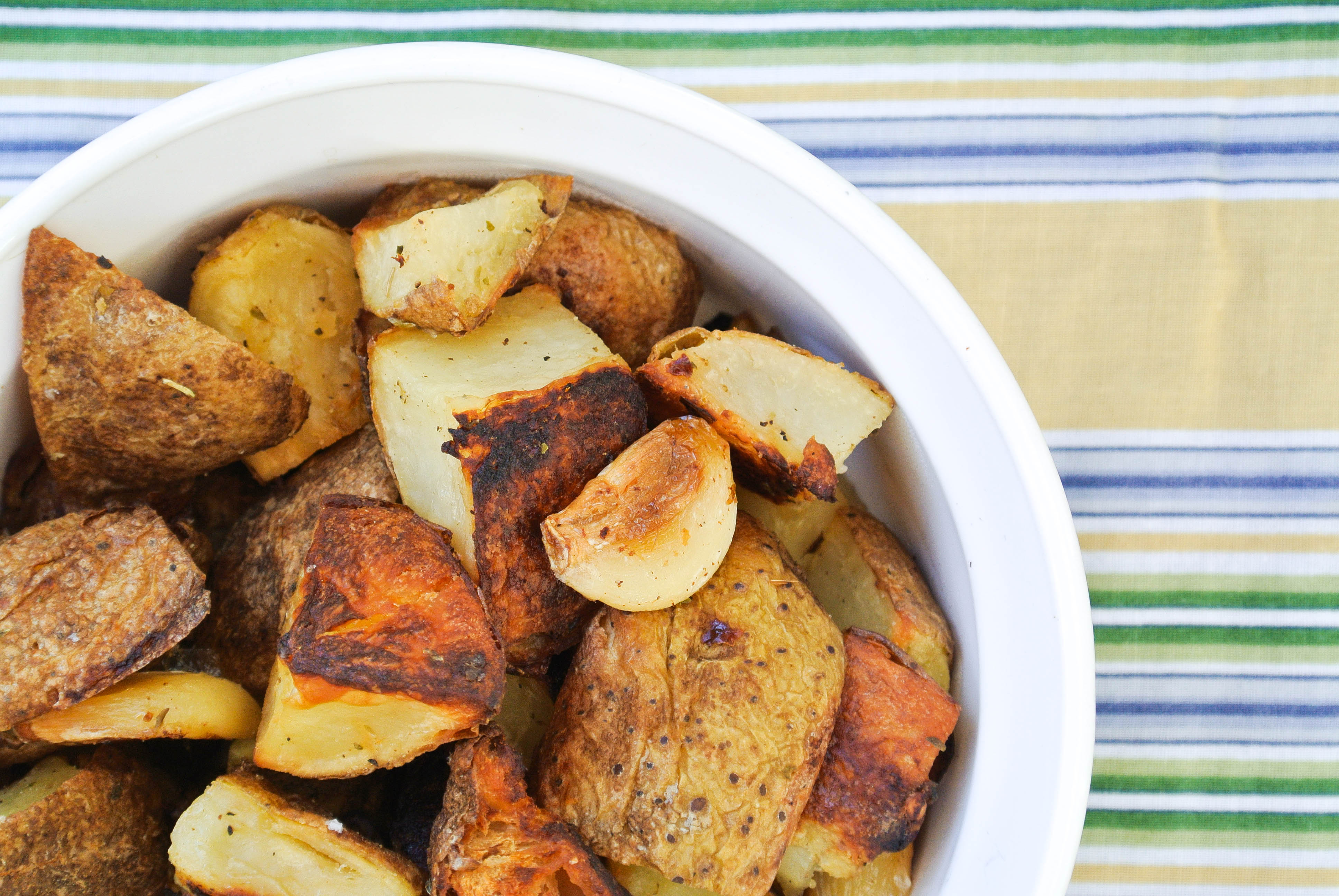 But as the words came out of my mouth, I found myself running through different cuts of french fries. If I went to a restaurant that offered thin cut, thick cut, steak cut, waffle cut … what would I choose? And what about thin and crisp potato skins? What about fully loaded potato skins? Twice-baked? So many options. My mind raced. And then it hit me …

“I take it back. Potatoes.” ZA and I shared a moment when she revealed that she, too, loved potatoes and thinking about it, would probably answer her own question the same way. So simple, so versatile, such a staple.

I used to get frustrated that I couldn’t get the texture I wanted from roasted potatoes – well-done inside, and crisp outside – until I realized two tricks: 1) You need to start with potatoes that are baked, rather than raw; and 2) The less you mess with them while they are cooking, the better! 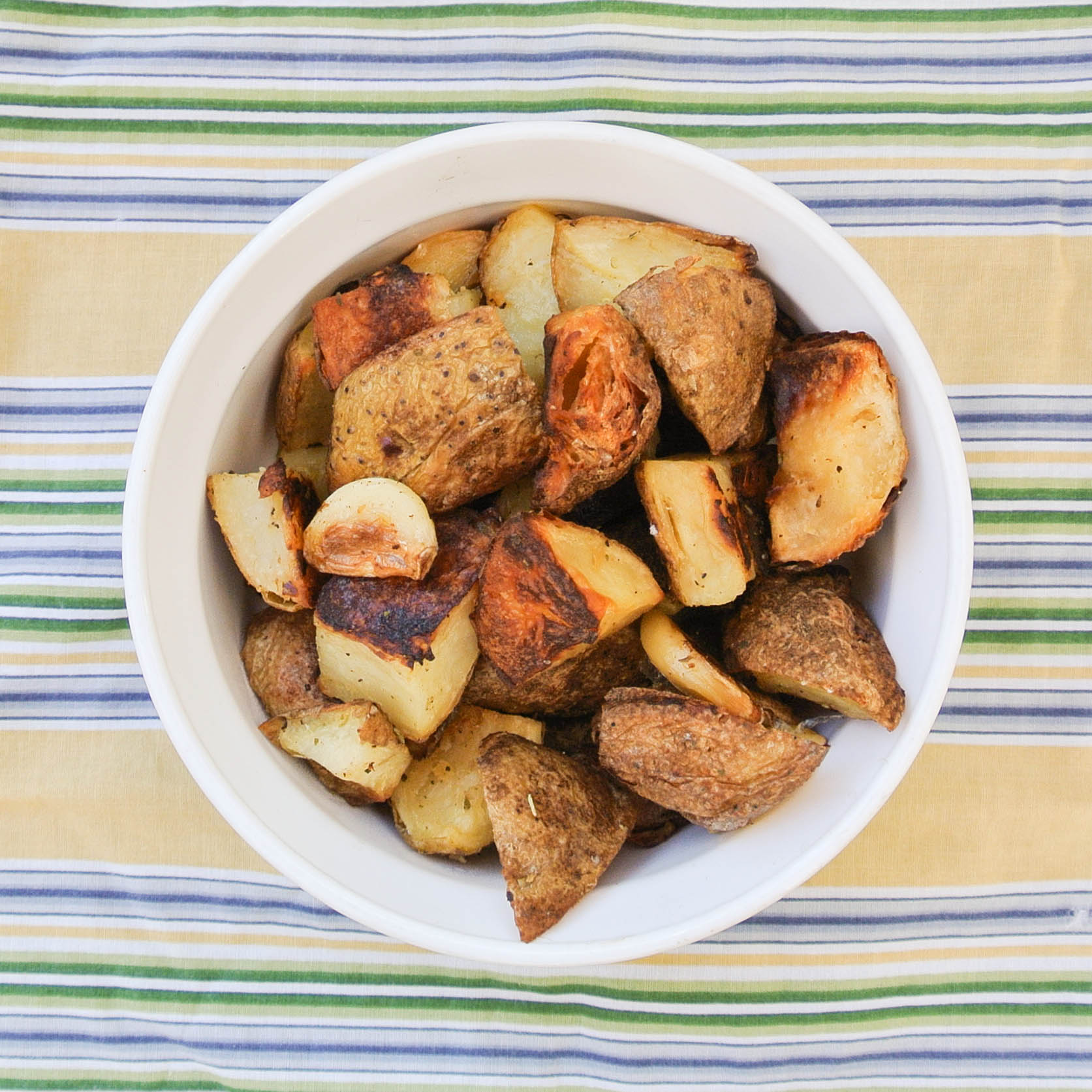