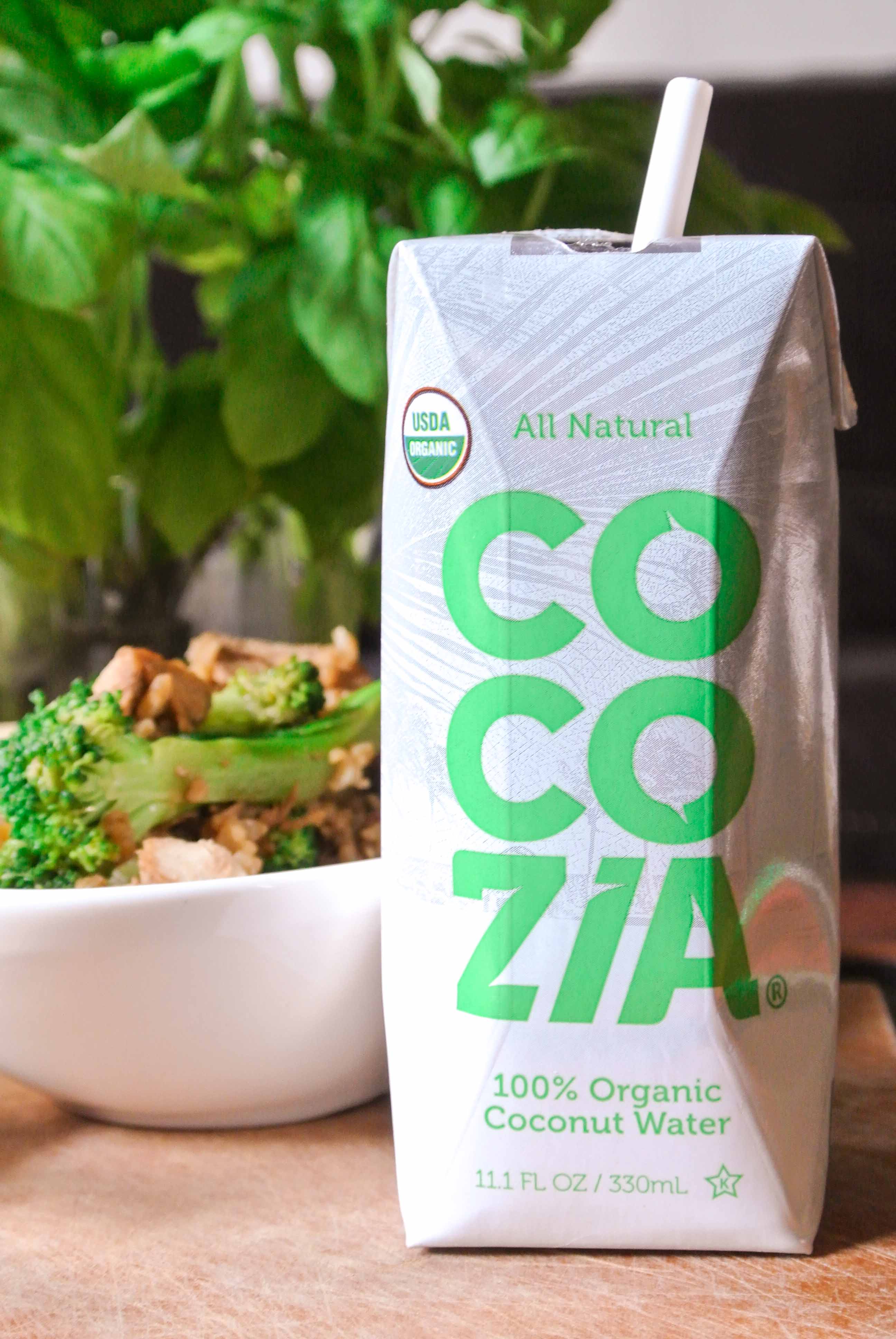 Coconut water is “in.”

I was a bit behind the curve on this one and had not tried it until I was contacted by the marketing department from COCOZIA, who offered to send me an Amazon gift card, with which I was to purchase a 12-package case of their product. In return, all they asked was that I review the product on Amazon and on my blog. This is my first product review where I was contacted by the product’s representatives, and I am looking forward to more!

This post is 100% my own words and thoughts; the only compensation I received was the gift card I was sent, the full amount of which was spent on the product.

We eat (and drink) with our eyes first, so let’s discuss packaging briefly. In short: Clean and cute. No pictures of palm trees or coconuts, just stylized font and a focus on the certified organic nature of the product. And who doesn’t love a good “USDA Organic” stamp? I don’t know the technical term for the packaging, but it feels like a thicker, almost cylindrical juice box – complete with an expandable straw on the back. There is also an option to peel back a silver tab for a wider-mouth opening, to drink or pour directly from the package.

Now, coconut water is completely distinct from coconut milk. This NPR blog post offers that coconut water “contains two minerals that help balance fluids in the body, sodium and potassium.” As a coconut ages from a young green coconut to a mature brown coconut that you probably are picturing, the coconut water “morphs into the white coconut meat that’s often pressed to produce coconut milk or oil.”

They are just not the same product.

Now how about taste? Well, the taste is a bit unexpected. I would describe it as a watered-down juice of some fruit I have never had before (and that I would not particularly seek out again). It leaves a slight aftertaste, too. I have not tried other coconut waters, so I am not comparing them, but I don’t think that I would purchase coconut water to drink in the future, based on this experience.

NOW, let’s talk cooking. When I was researching the product before I agreed to test the product, I saw enough articles and blog posts about cooking with coconut water – in smoothies, using instead of coconut milk in recipes, and as a substitute for water as well – that I definitely wanted to try it out.

HERE IS THE GOOD NEWS: I decided to try substituting COCOZIA coconut water for tap water to make brown rice. It was great, and I recommend it! The coconut water gave the rice a really subtle coconut flavor that pairs well with stir-fry and curries. Just substitute it cup for cup, ounce for ounce. Coconut water is expensive – each package costs a bit over $2 on Amazon – but it is worth picking up a smaller quantity and trying out a basic rice recipe. I used regular (non-microwave) brown long-grain rice, and just followed the directions on the package. 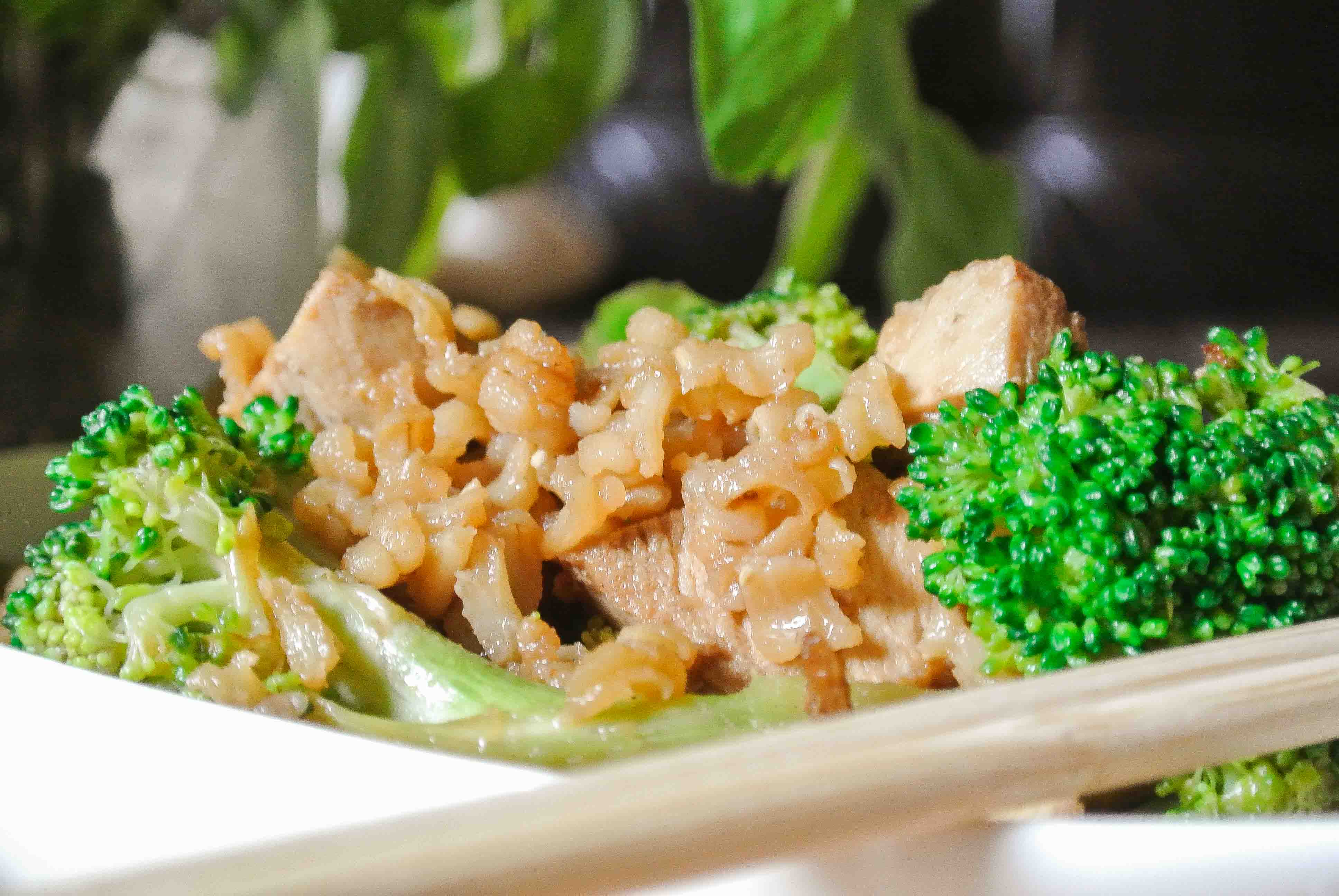 It doesn’t look different from other rice, but the taste is there. This picture features brown rice cooked in COCOZIA coconut water, with a simple stir-fry of chicken, broccoli, garlic, shallots, ginger, and soy sauce – quantities are totally variable according to your tastes! 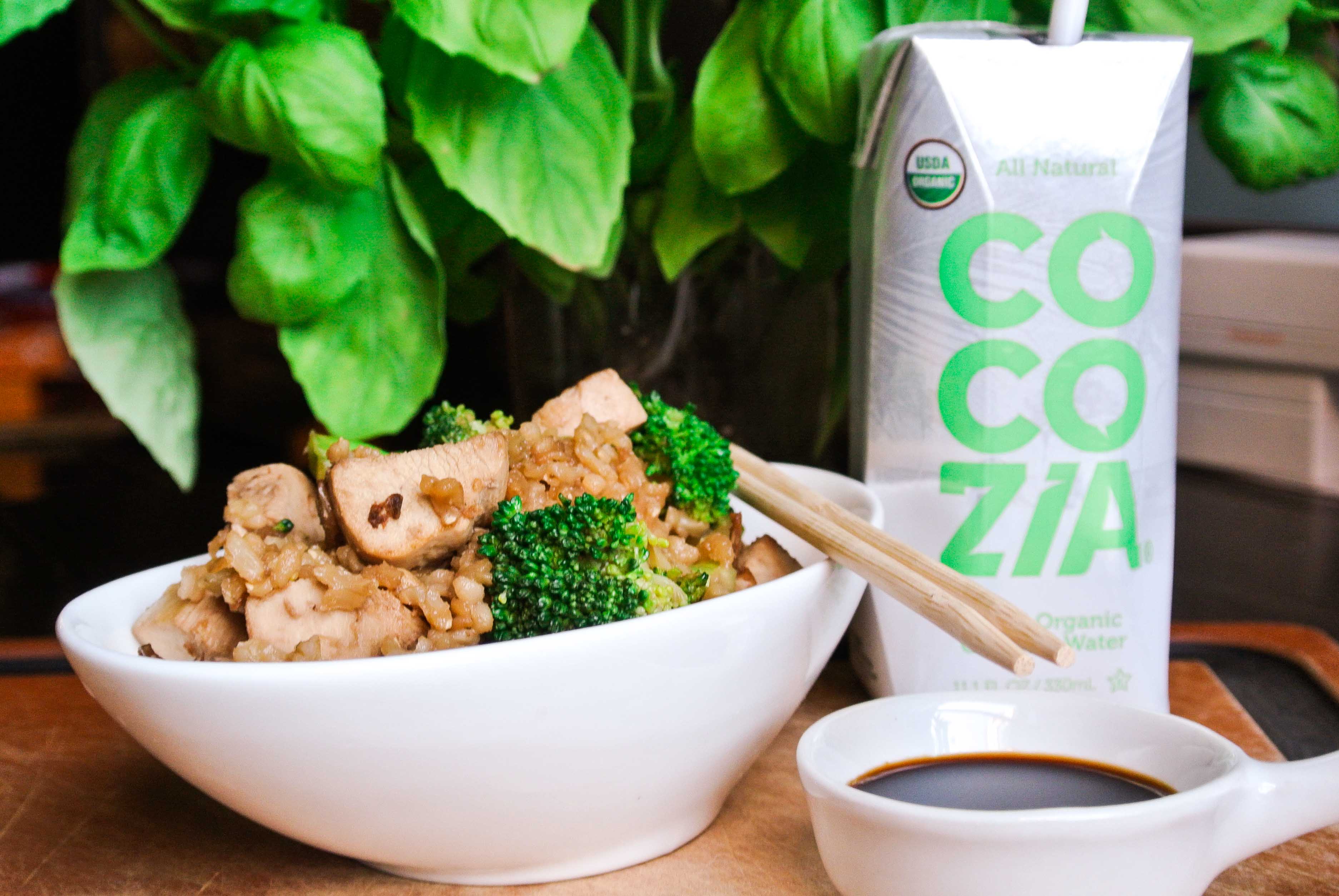 First go of the @kudugrills rotisserie on the @bre