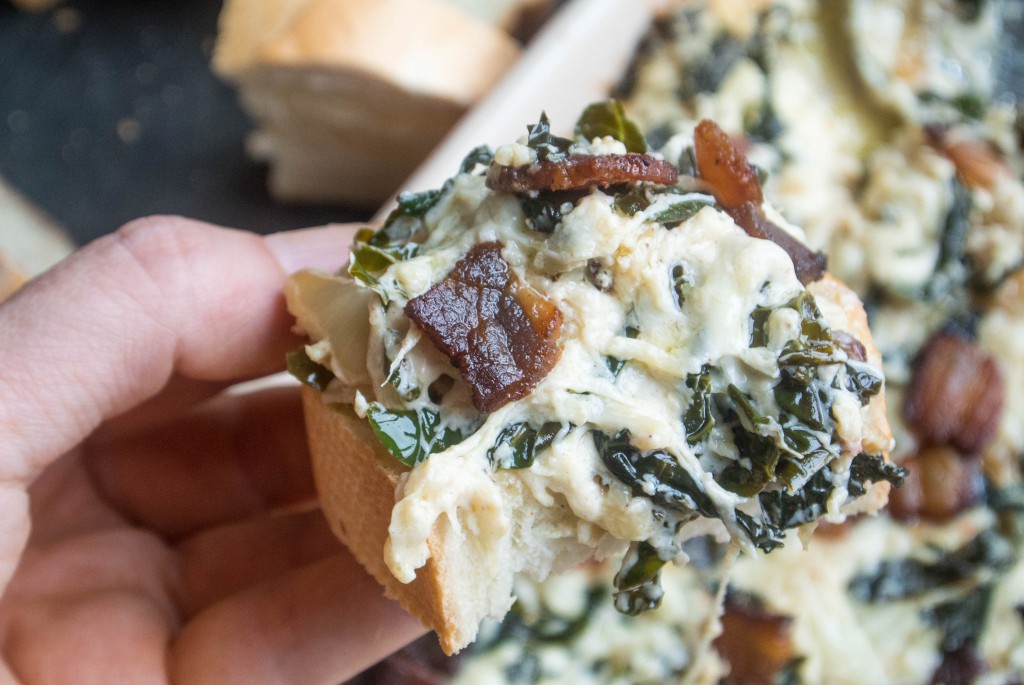 If there is kale in it, it’s healthy, right? 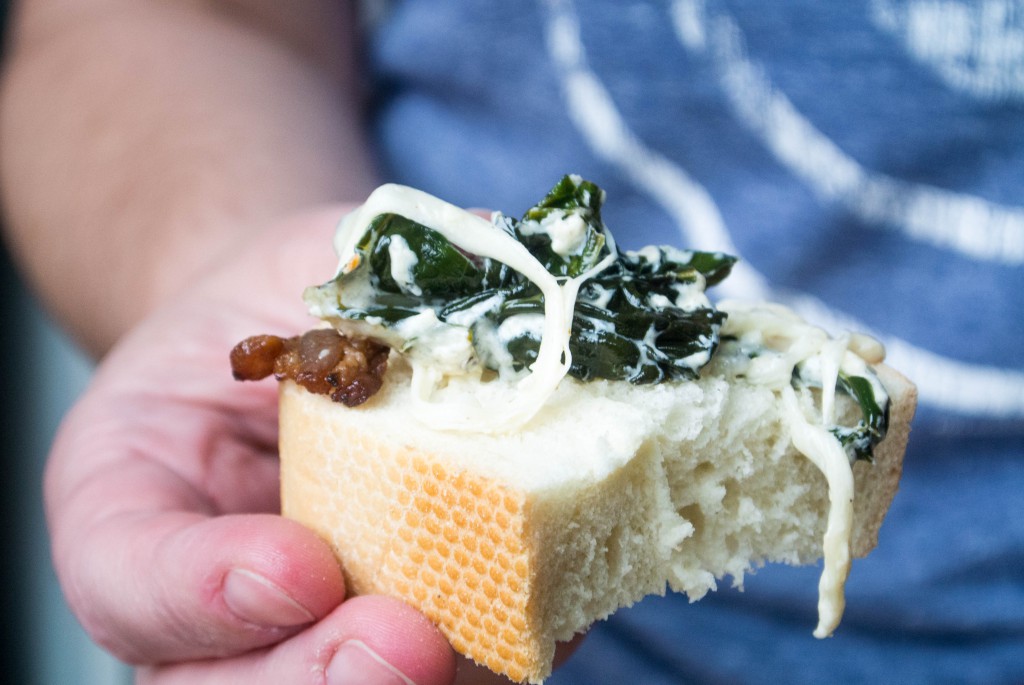 How about THIS much kale?

Ok, I will not pretend this recipe is healthy, but I will assure you it is delicious, and is a total winner for party snacks. If there are three things people are loving on these days, they are kale, bacon, and cheese. 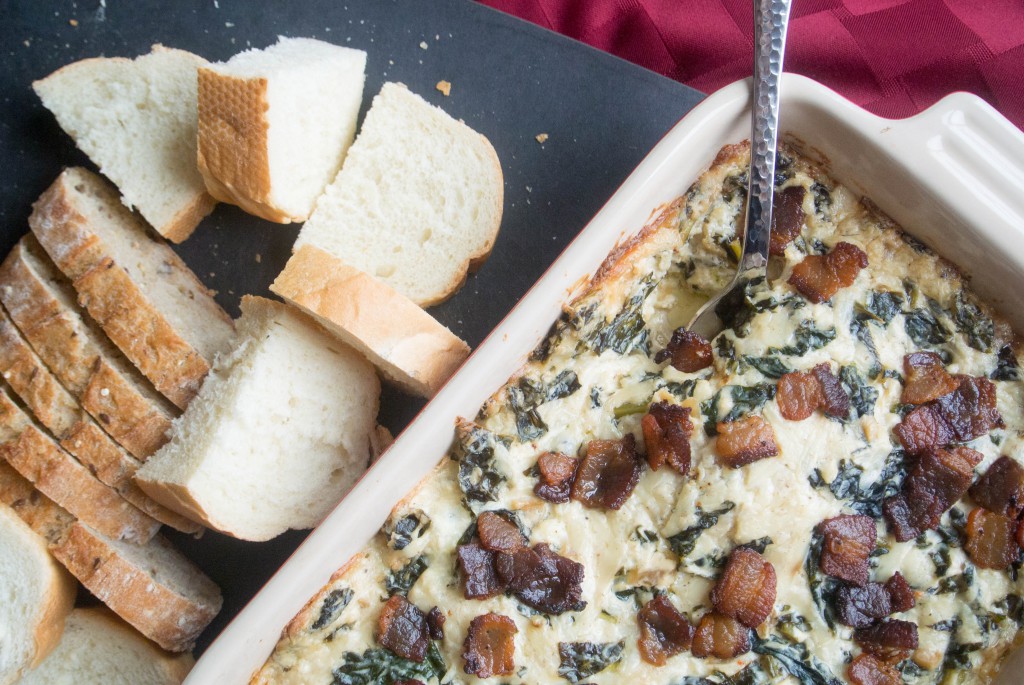 I had a few ladies over to get ready for LS’s wedding, and I thought it would be nice to have some snacks out to graze on while we glammed up…and I also thought maybe it should be something a bit substantial, because we knew what the night had in store for us.

Well, I mean, no one could have anticipated that the night would entail a DJ spinning “The Humpty Dance” in the room where President Lincoln wrote the Emancipation Proclamation (I <3 DC), but I also can’t say that it completely shocked anyone. But we were pretty sure we would be drinking a bit.

I made this Kale and Bacon Cheesy Party Dip the night before, and refrigerated it in a covered casserole dish so it was ready to throw in the oven and take care of itself (one of my favorite party tips). I was glad I had done that when NB let me know she was running early and would be over two hours before originally planned! 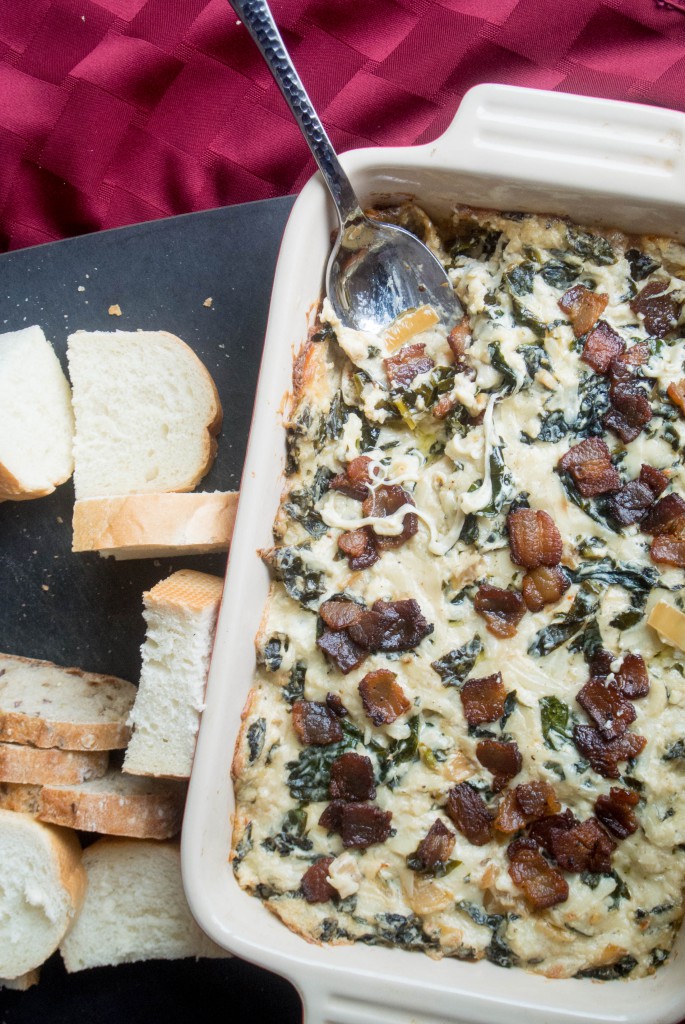 More NB time is a good thing! And with this Kale and Bacon Cheesy Party Dip? Done.

For this recipe, I diced thick-cut bacon using a kitchen shears, and cooked it in a dutch oven. I removed the crisp bacon pieces when they were done, and drained some of the grease out of the pot.

And then I cooked the kale and onion and garlic. IN THE BACON GREASE. Stop it, you know this is genius. I mean, it was not my idea, but I am so on board.

So, a pot on the stove of the hot stuff; the other ingredients mixed in a large bowl; combine; bake; boom. Kale and Bacon Cheesy Party Dip. 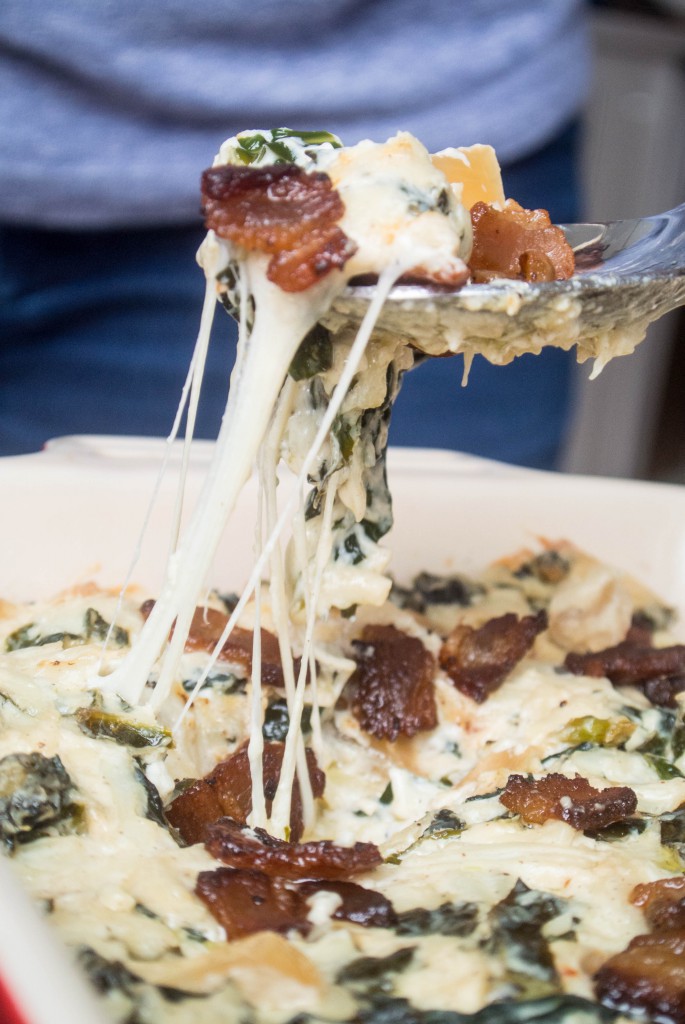 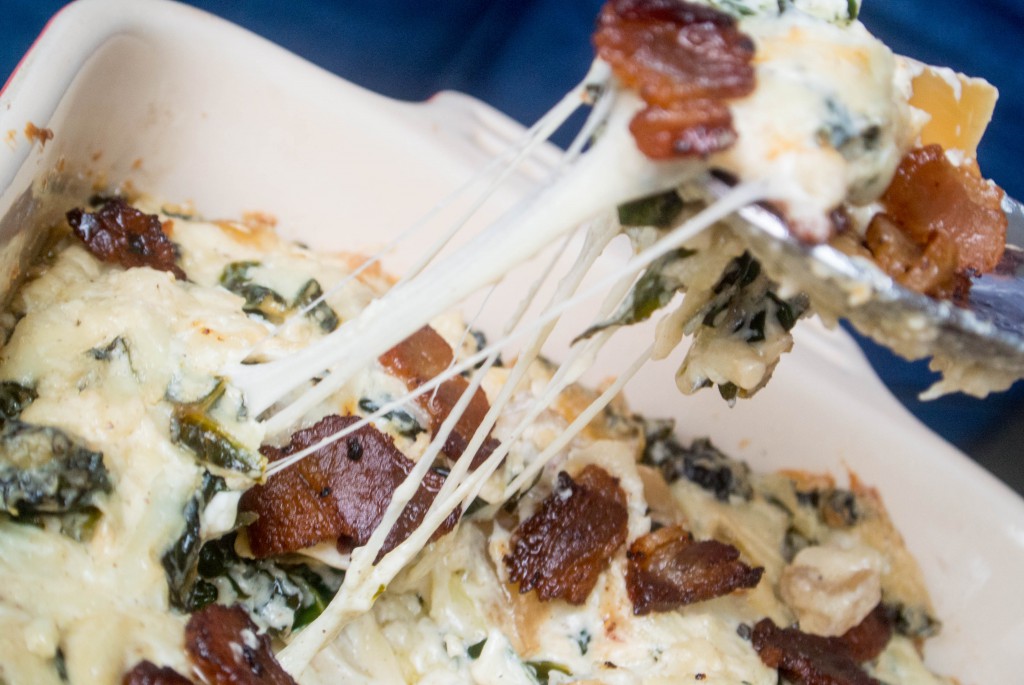 And yeah, we didn’t regret having a good base for LS’s amazing bash. 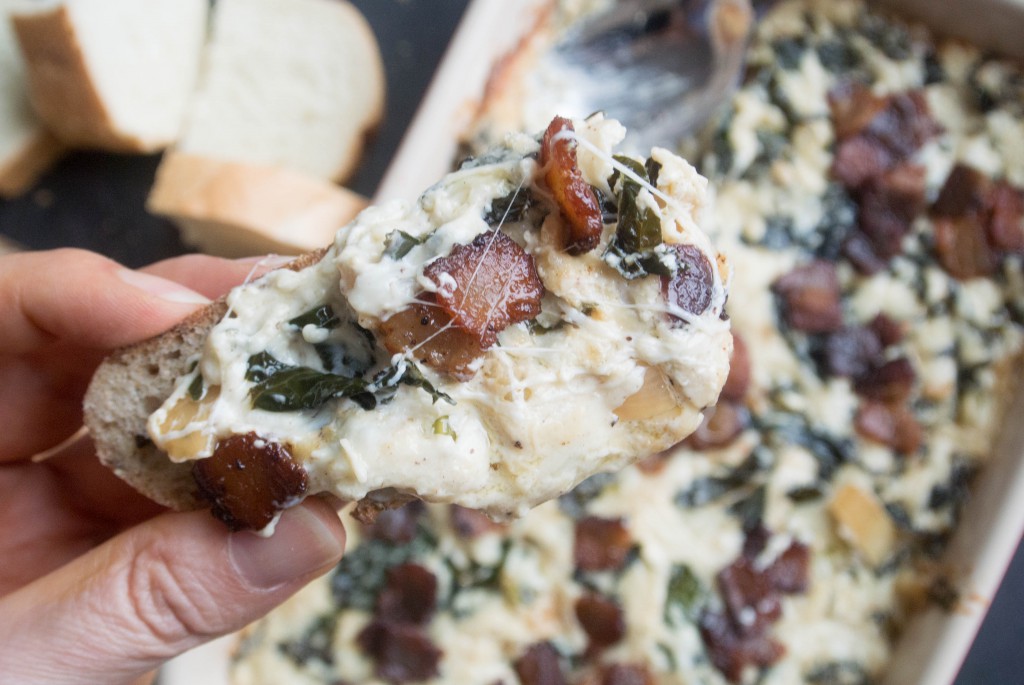 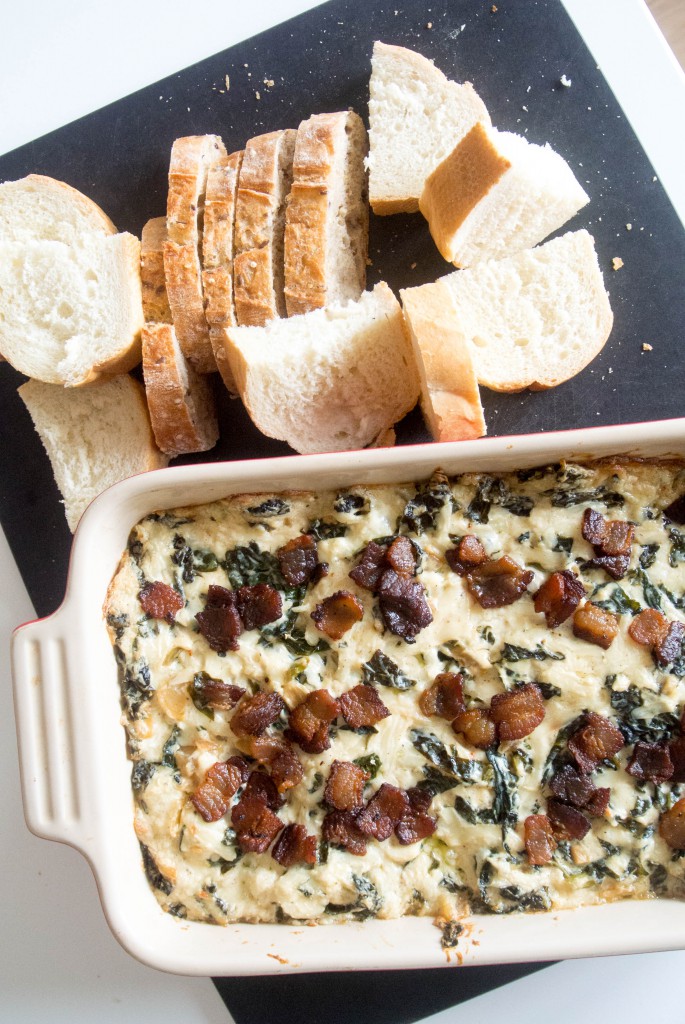