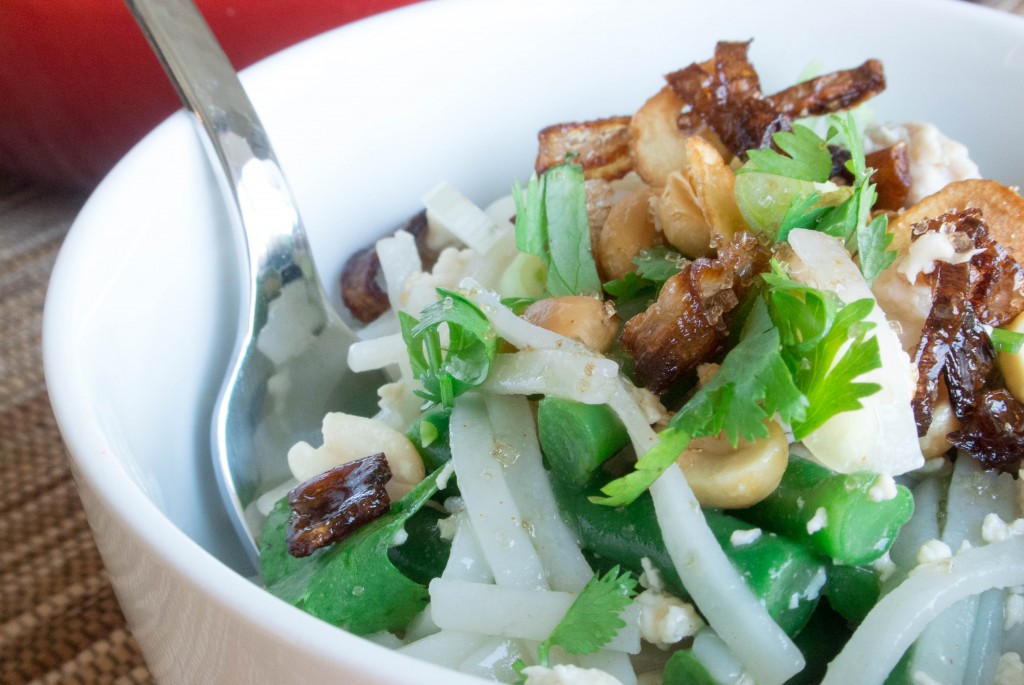 … and Cilantro, and Roasted Peanuts, and other deliciousness. 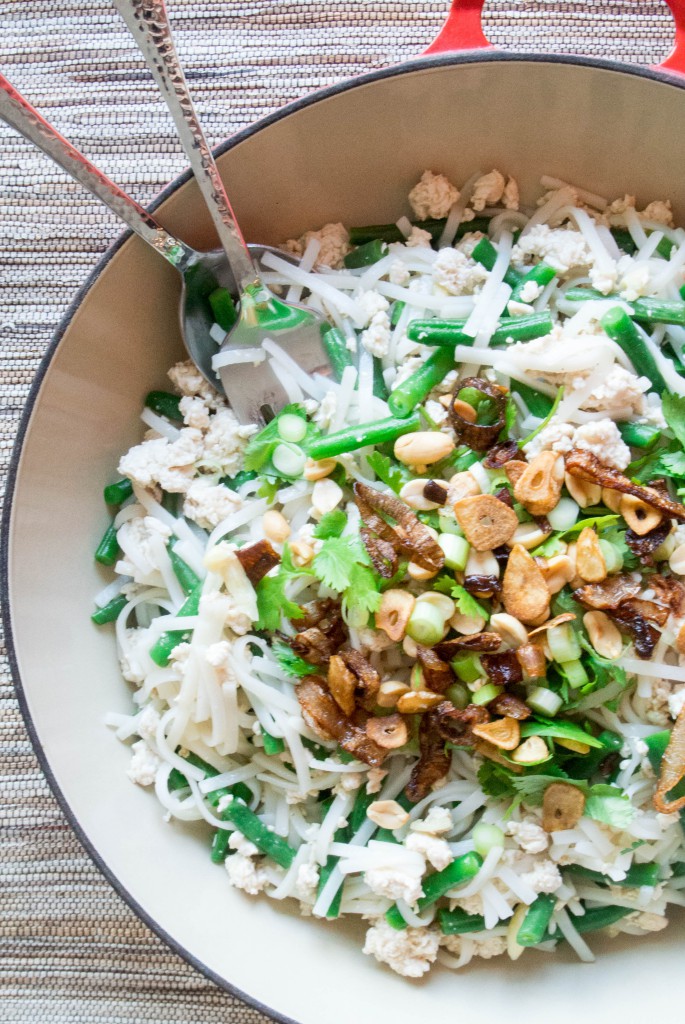 I subscribe to a few food magazines, but I don’t read them when they arrive. I stock them up and go through a big bunch at once, looking for submissions for my “to make” pile. Years before I started my blog – in 2010! – I had a mega-session of poring through stacks of magazines. I tore out recipes and scanned them in to my computer – add that to my list of imperfect “recipe-storage systems” that led me to start my blog. And that’s when I found this recipe, in Bon Appetit magazine {may she rest in peace!}. 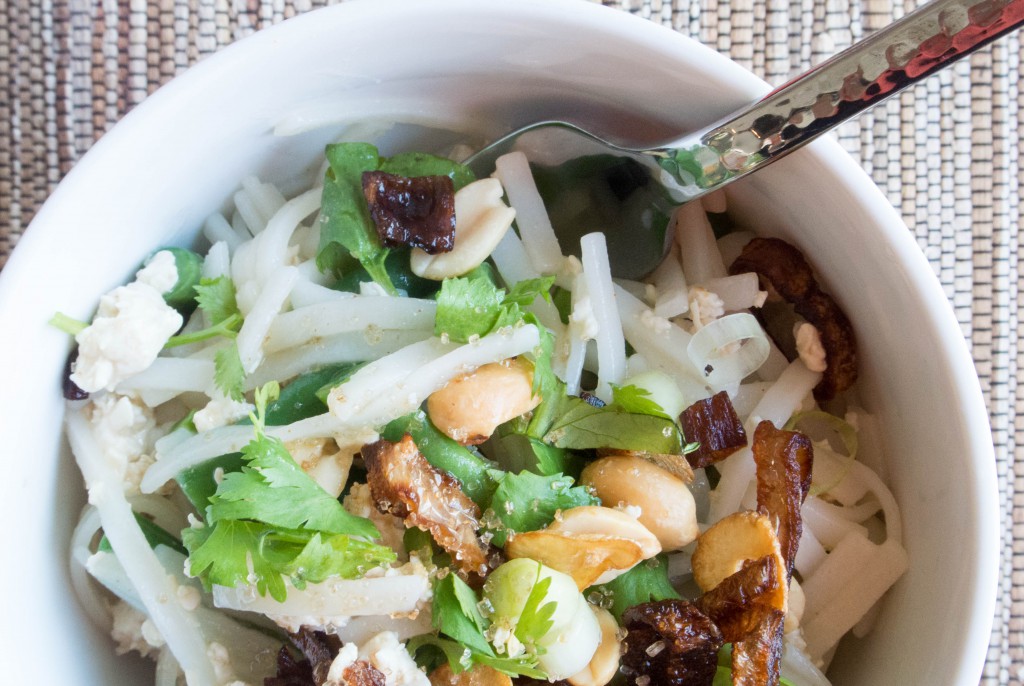 Two things attracted me to this recipe: 1) it seemed like an uncomplicated way to make a kind of complex/impressive Asian meal at home; and 2) the ingredients – all of which I had worked with before – were simple, and not difficult to find (and were delicious). No exotic spices or special trips to an ethnic market. Fish sauce and sesame oil are as crazy as this one gets, and you can find those in any grocery store’s ethnic food aisle, not far from the rice noodles. {Or in my parents’ refrigerator, with like 2 Tablespoons missing, for a year after a visit from me.} 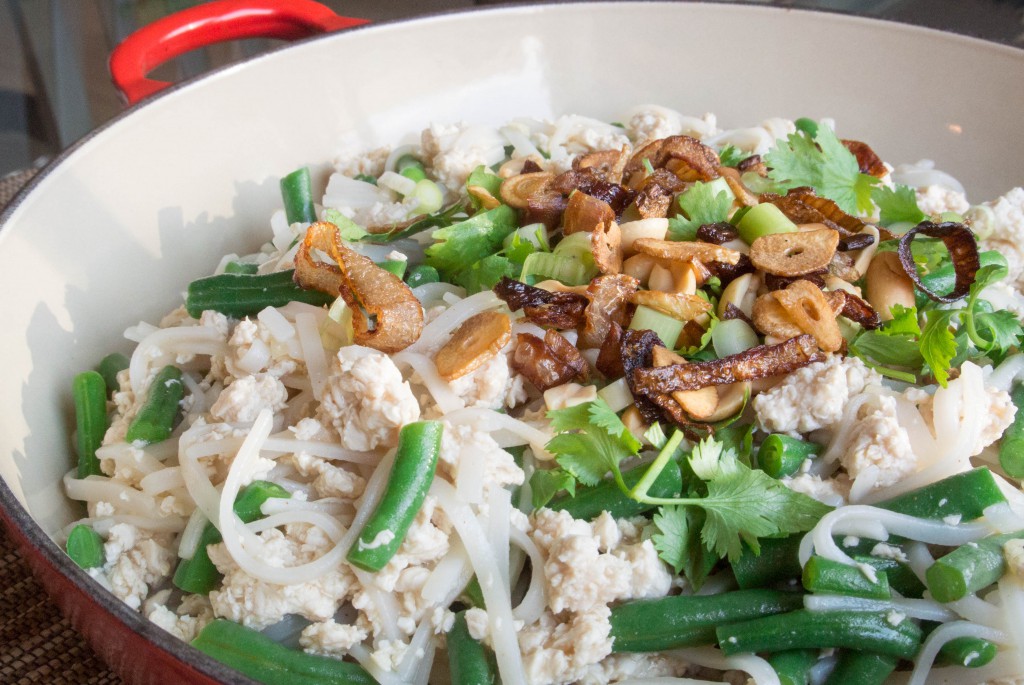 The recipe has you grind chicken in the food processor – which I love doing. You pick your chicken, slice off any unsavory pieces, and grind it yourself with a few quick pulses. While this recipe called for chicken thighs, I substituted white breast meat, which is my preference. You can use pre-ground chicken if you don’t have a food processor, but I recommend getting a food processor for dishes like this! 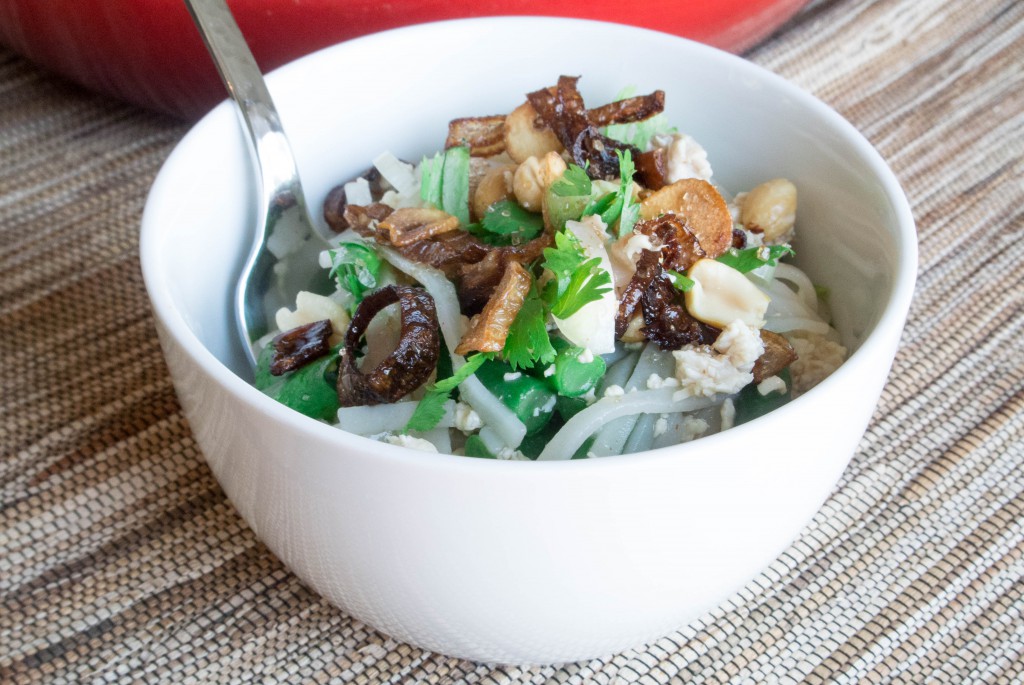 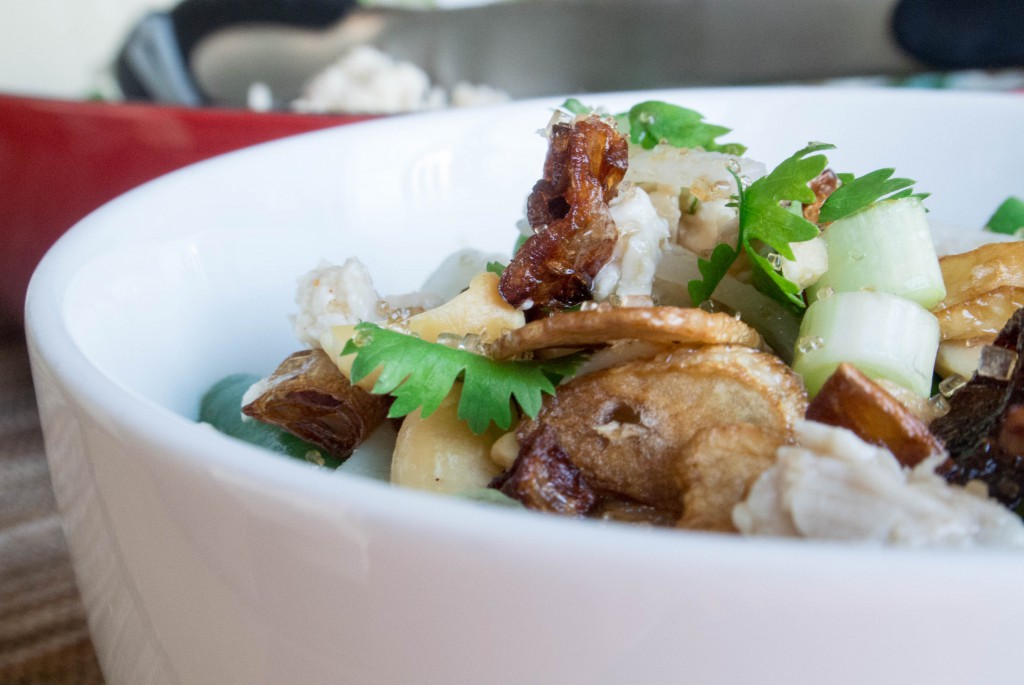 And who can say “no” to fried garlic chips and shallots? Just a few on top. This recipe is a keeper! It’s easy, unique, healthy, and impressive. Enjoy! 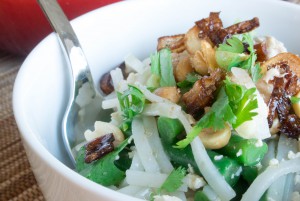 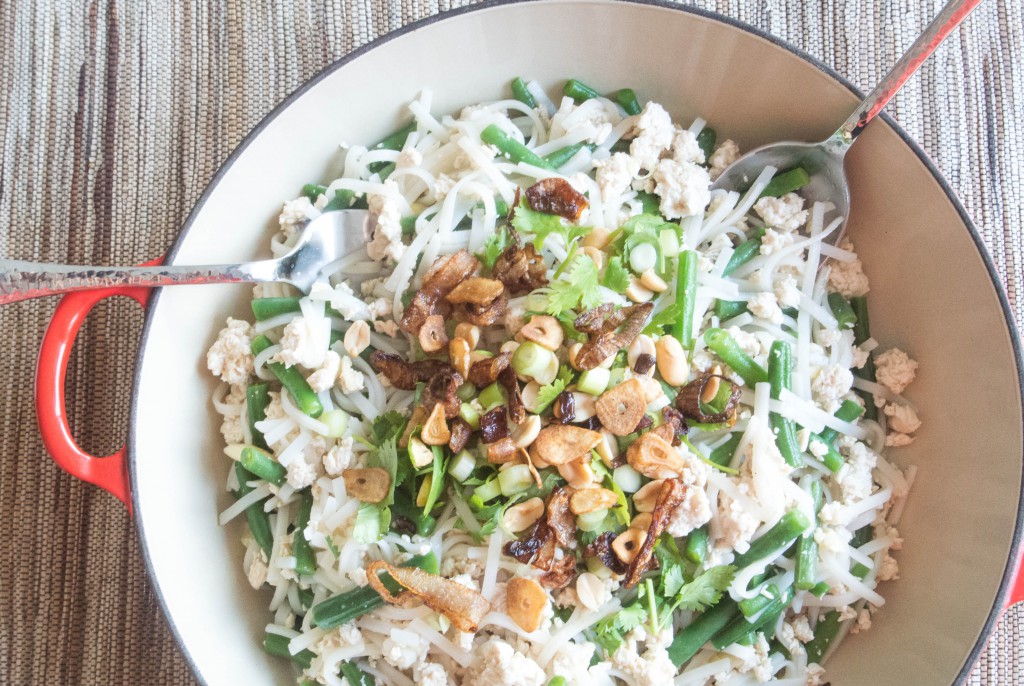 Adapted from: http://www.epicurious.com/recipes/member/views/noodles-with-ground-chicken-and-crispy-shallots-50094896 – this online recipe is dated Sept. 2015, but was published in Bon Appetit magazine in June 2009.