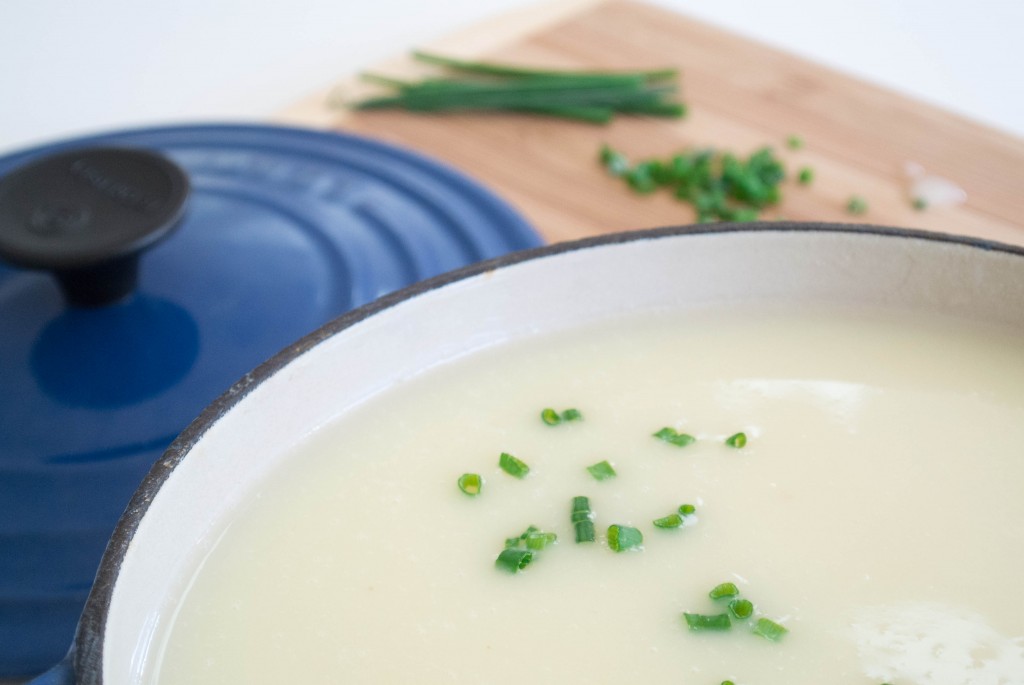 Have I mentioned my nickname in law school was “the Dream Crusher”? It’s true. I mean, people didn’t greet me that way in the hallway or anything, but I’m unequivocally a realist. I break things down and rub off their shiny veneer, leaving – sometimes – crushed dreams.

So, Vichyssoise! Vish-ee-swaz. A fancy name for a SUPER-easy soup. Vichyssoise is really nothing more than – ready? – Potato-Leek Soup.

A while back, I made this recipe for my parents. Throughout the evening, I called it by both names – first Potato-Leek Soup, and then Vichyssoise – and when my dad made the connection, he suddenly looked sad.  Turns out he LOVES Potato-Leek Soup, but for years (decades!) hadn’t known it was aka Vichyssoise, and had missed out on bowls and bowls of one of his faves. 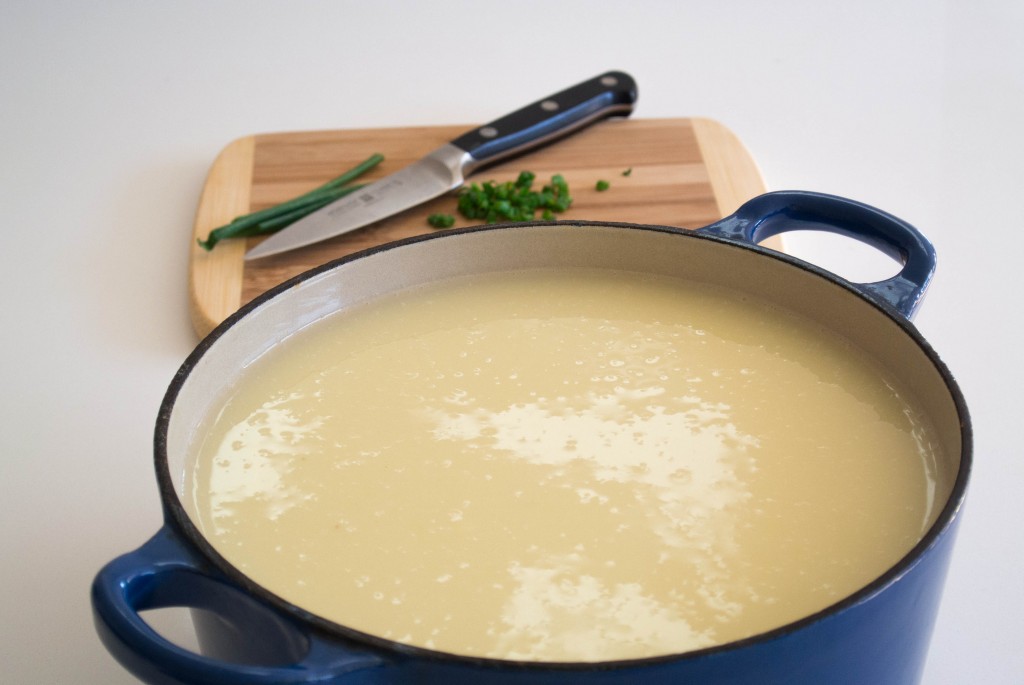 Let’s make sure his hard-learned lesson wasn’t for naught. Impress your guests with the Frenchest of names for the easiest of soups. Whip it up in half an hour, and serve this Vichyssoise hot or cold. But always with some snips of chives. 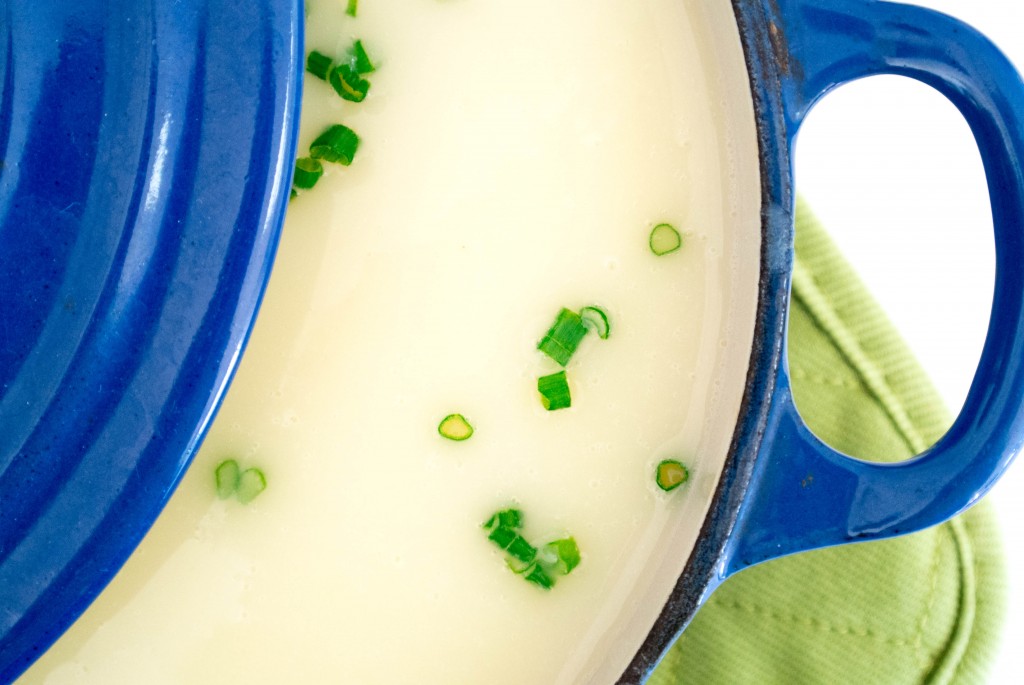 Incidentally, I am reaching way back into the archives for this one. February 26, 2006 was one of our first Cooking Clubs – so long ago that email records reveal we actually called it “Dinner Club” that month, of which I have no recollection. I hosted this one, and I believe it was my first round of hostessing (Hostess: me; Theme: French {-ish}; Date: 02.26.06).

The timing is apt, because this year we have been celebrating our 10 year – TEN YEAR – Cooking Club anniversary {#cookingclubiversary – you heard it here first}, and as the crown jewel of this year of memories and merriment, we are taking our show on the road!

This November, we are Charleston, SC, bound. And we cannot wait! Stay tuned for what is likely to be an Instagram-fest of our weekend. 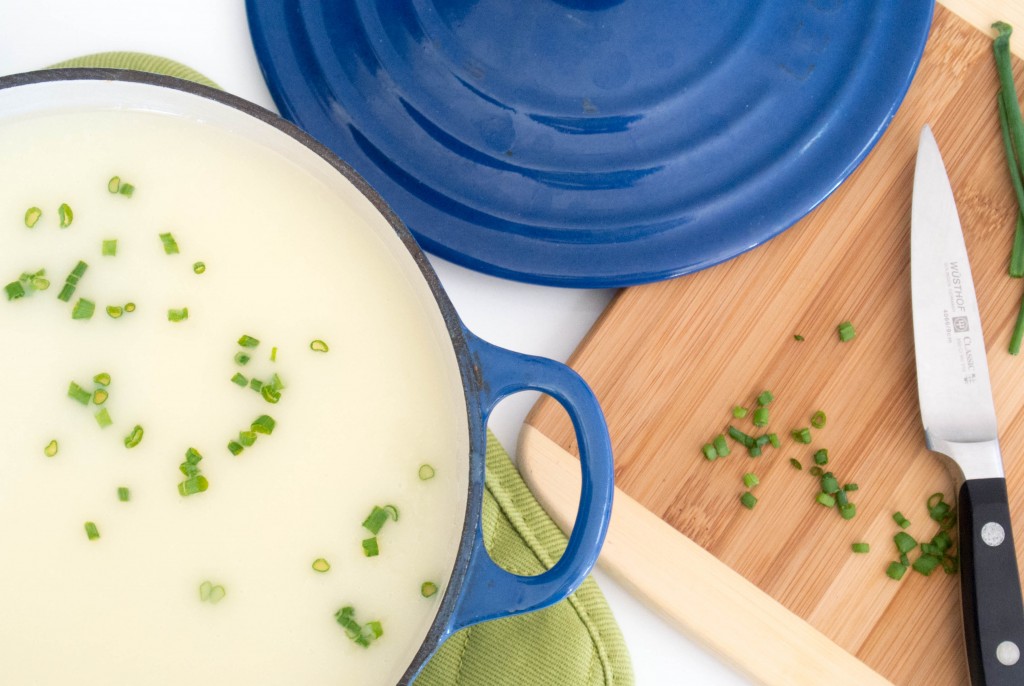 But until then: Vichyssoise. It’s easier to put together than you would think. All you do is sauté some onion and leek in a pat of butter, add chicken broth and potato and simmer until the potato is cooked through, and blend. Stir in some skim milk and you are DONE. Six ingredients.

Anti-climactic? Maybe. But dream-crushing goes hand in hand with telling the truth – which I am doing now! 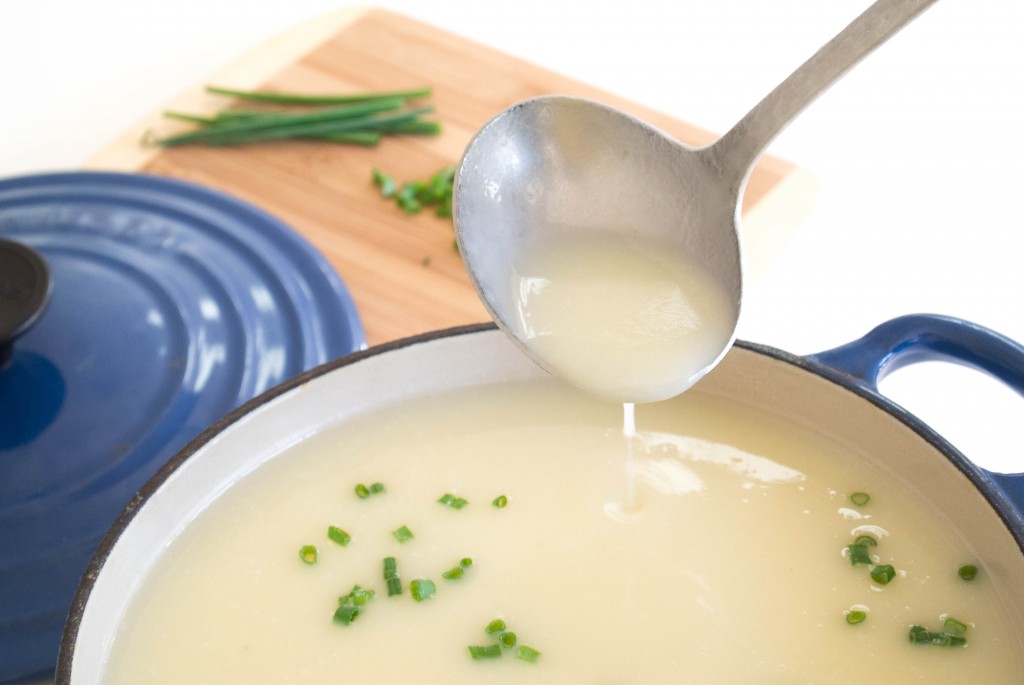 This recipe makes about 6 cups of soup, and I am not above drinking it like a beverage. 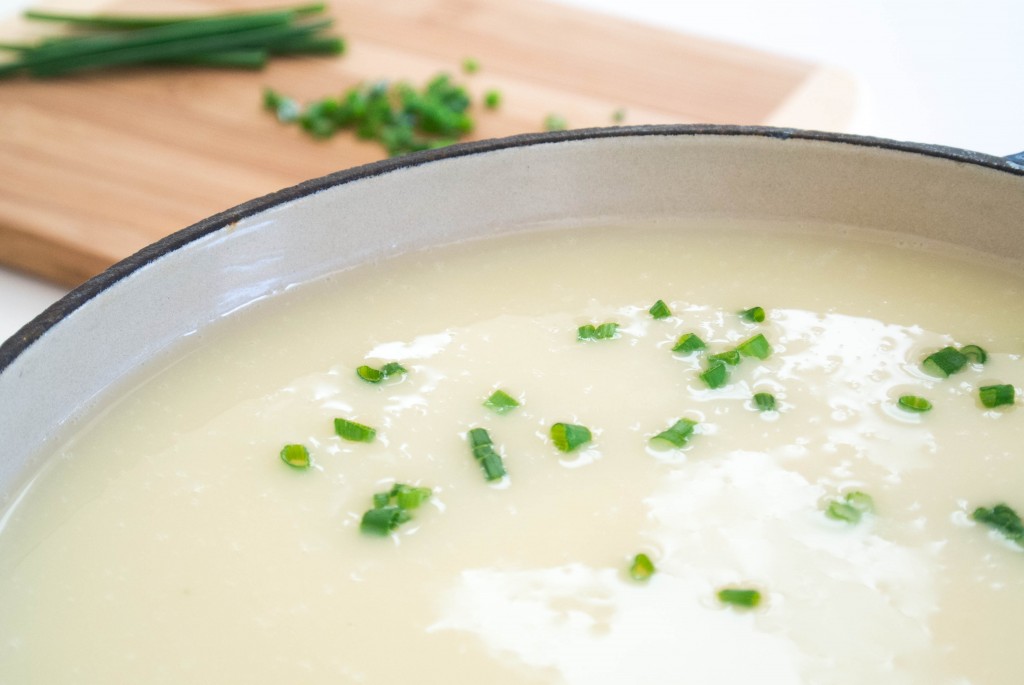 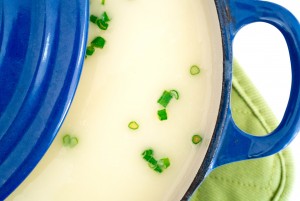