This spring has been a busy one, so I am reposting this oldie but goodie from May 2013. I have made some updates, and found additional photos on my computer, so I thought I would share them with you. Enjoy! 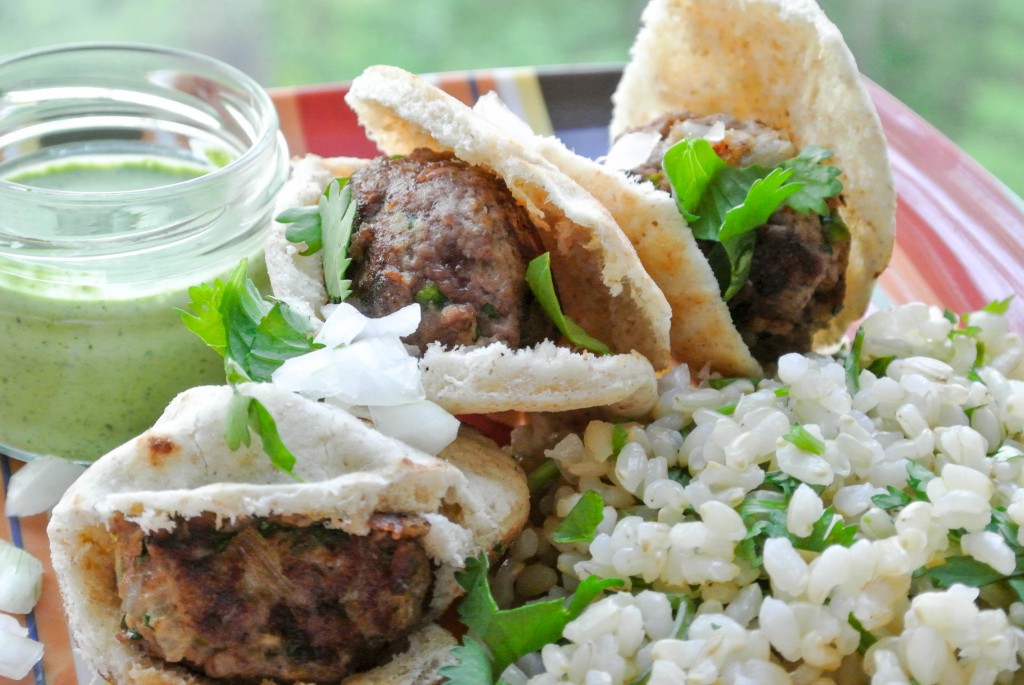 When I think of meatballs – and believe me, this is not an infrequent occurrence – I usually picture them in marinara sauce, maybe with some fresh mozzarella melted on top. Mayyybe on a garlic-toasted hoagie roll. These are delicious options, but I am always open to different recipes and flavor palates, if they provide me yet another way to eat meatballs. 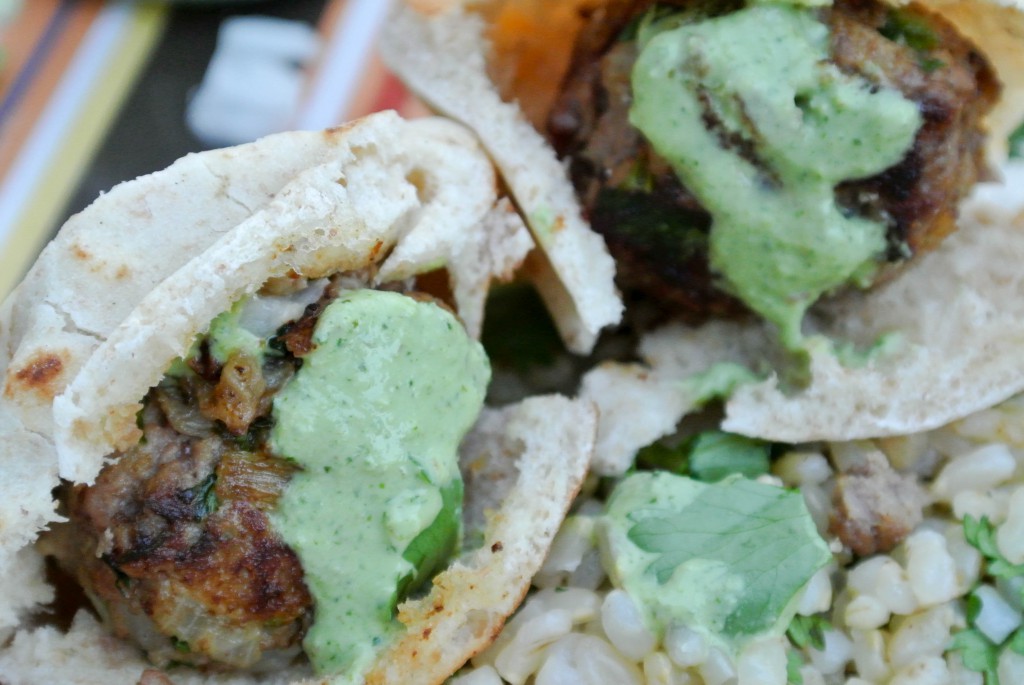 This recipe has middle eastern notes, and uses bison – which I love for the nutritional boost. While the recipe looks like a lot of ingredients – a turn-off for some people – many are spices, and most are in both the yogurt sauce and the meatballs. You can play around with whether they are all so important that you would want to keep them on hand. Or you can try this: many grocery stores have a “bulk spice” section, where you can get just the amount you need – on my last trip, I purchased a teaspoon each of two spices – one rang up as $.07, and another was $.14! So don’t think you HAVE to purchase a $4.99 bottle of something exotic before you know it will be worth it – in some places. Hopefully, this catches on!

I had the butcher at Whole Foods grind bison steaks for me, so I knew exactly where the ground meat came from – it came from the steaks I picked out myself from the meat cooler! The butcher was happy to do it. Surprisingly, the cost per pound was the same for the fresh bison steaks as it was for the pre-packaged, older ground bison available right next to the steaks.

The meatballs here are shown nestled in mini-pitas, with cilantro brown rice and a cilantro yogurt sauce. They would also be great as an hors d’oeuvre at a party, as part of a mezze platter with hummus and baba ghanouj. That also sounds like a great dinner, doesn’t it? Most heavy appetizer platters do, to me! 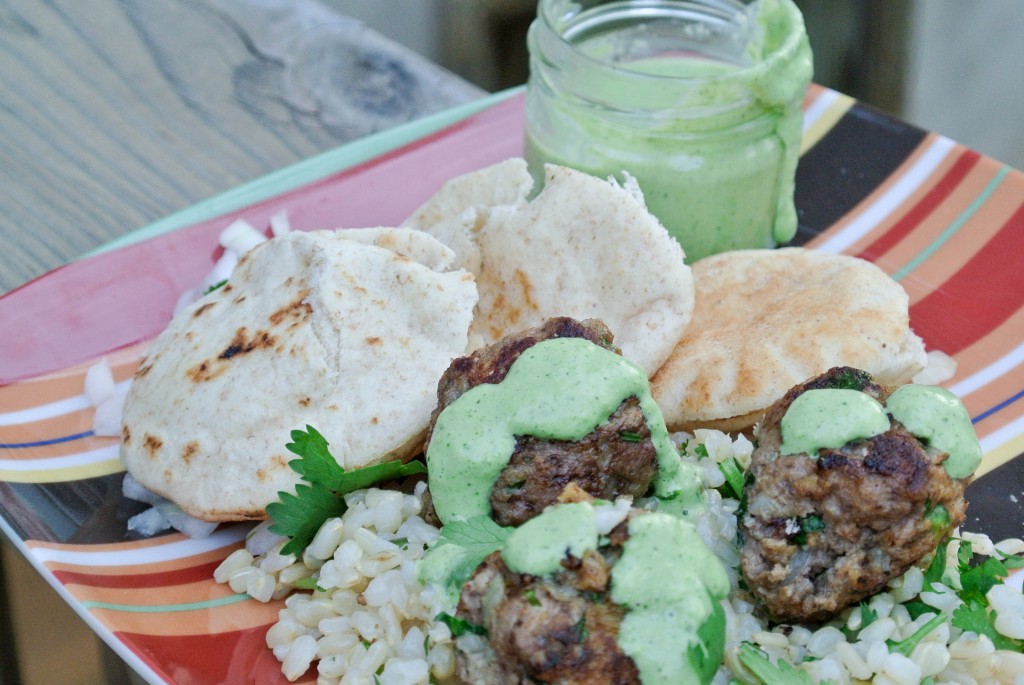 Tiny poof of angel food cake. Swipe for the grab.

Only evidence of the 👌🏻 crab cakes made on t

Dad and I made gumbo together last night 🥘

*I did not make this* but I have very talented fri