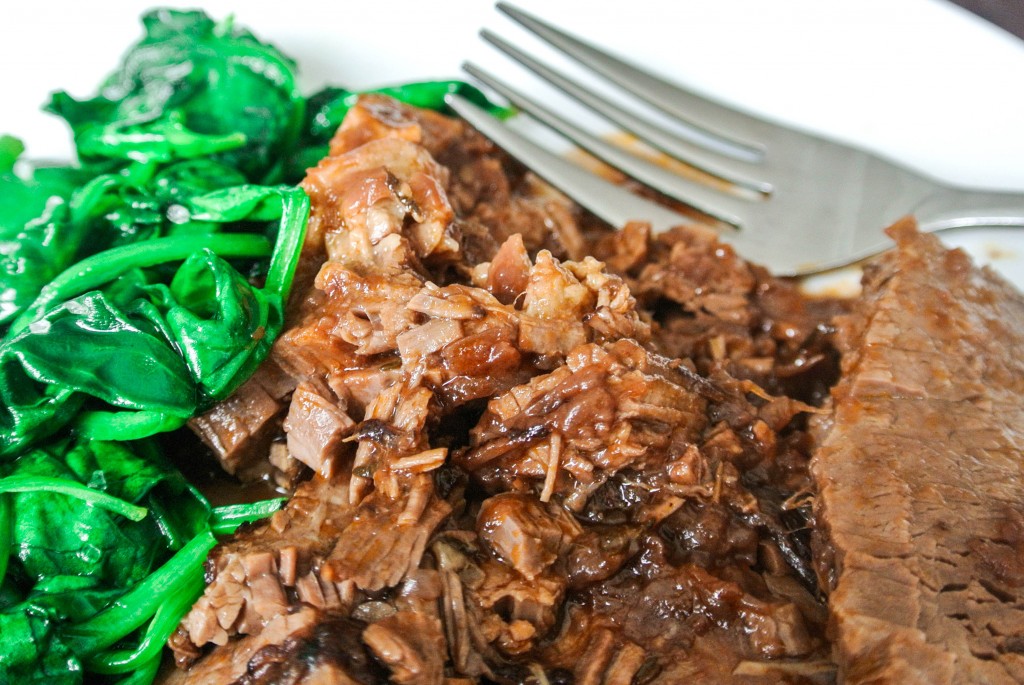 Spring is (allegedly) just around the corner, but this winter brought with it many long, cold days. And for me, those days were excellent opportunities to spend some QT in the kitchen. Enter: this brisket. Braised in red wine, with garlic. What isn’t better with red wine and garlic?

I just moved in to a new apartment, and as I was packing up my old kitchen, I knew I wouldn’t be able to cook for a while. This brisket was the first major dish I made in my new place. I had been dreaming about it for weeks, and it delivered.

Brisket is not difficult to make, but it does take several hours, and several steps. If you have never made a brisket before, you may not know which cut of meat to purchase, and how much of it. So let’s start there. 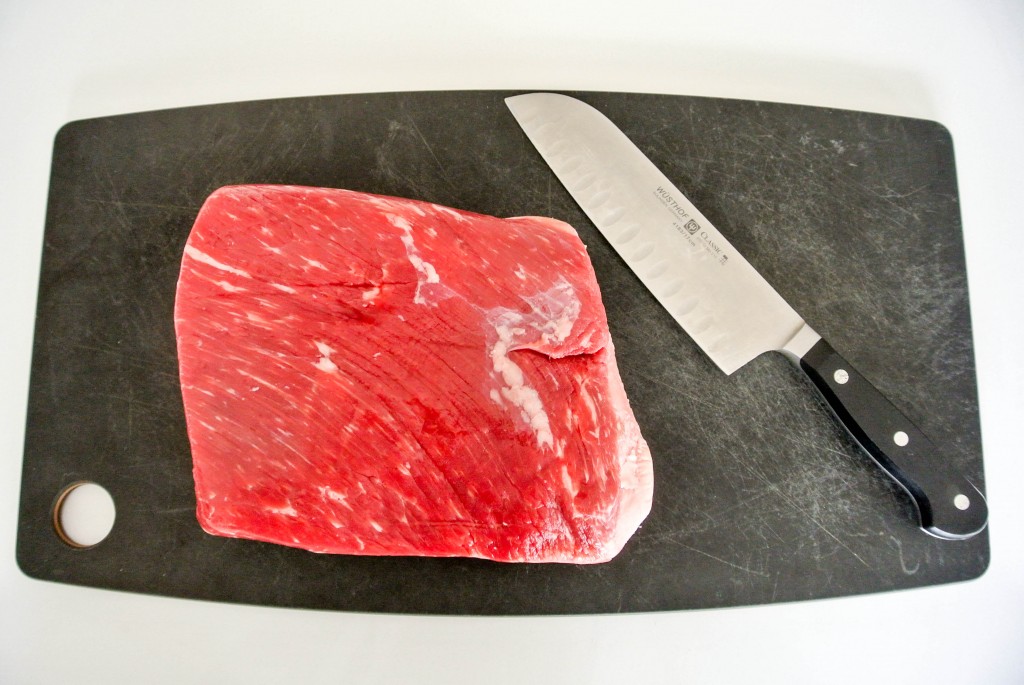 I always recommend talking to the butcher at your local meat department when you have a question about meat. I don’t know why the butcher seems more intimidating than, say, the produce stockers – I mean, maybe it’s the enormous meat cleavers – but if butchers know one thing, it’s their meat! The cut you want to purchase is called “flat cut brisket” or “first cut brisket.” The first cut will have a great section of lean meat, and a thick fat padding that will add flavor while you are cooking (but it will cut off easily, if you wish, before you serve this dish). Not every store will have this cut of meat available all the time, so you may want to call first, or the next time you are in the meat aisle, just ask when they think they will have one in. If you want a brisket around any Jewish holiday, I recommend calling to ask if you need to reserve one – they are quite popular, and I do not recommend assuming there will be one available – lesson learned the hard way here! When they are gone, they are gone. {Note: Do not buy a seasoned corned beef, even if it looks like brisket!}

As far how much you should buy, it is hard to say, because if you ask me, you can never have too many leftovers! But I would say one pound will work out to about one serving (with a little left over). I never buy or cook less than 2.5 lbs, just for myself, and it lasts for a few meals. For a family of 4, I would recommend about 5 lbs, but note that a 5 lb brisket may not fit in your Dutch oven. If that happens, try cutting it in two pieces before you sear it. 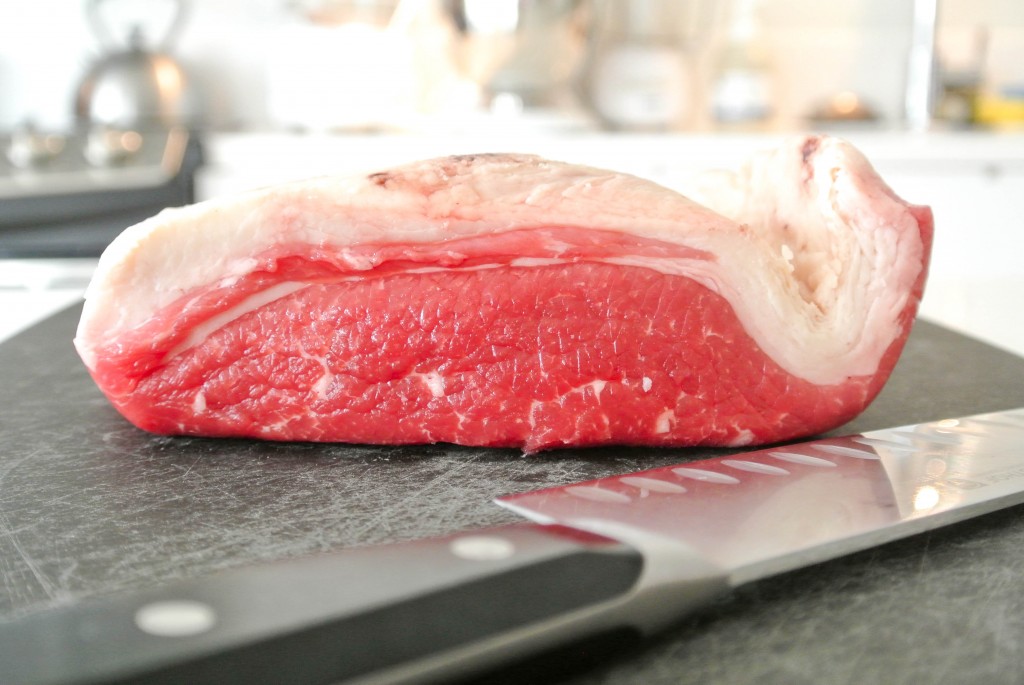 See that thick layer of fat? We are just going to eat the lean bottom part, don’t worry. Take a look at the recipe below, where I discuss cutting off that piece of fat once the flavor has been extracted from it. 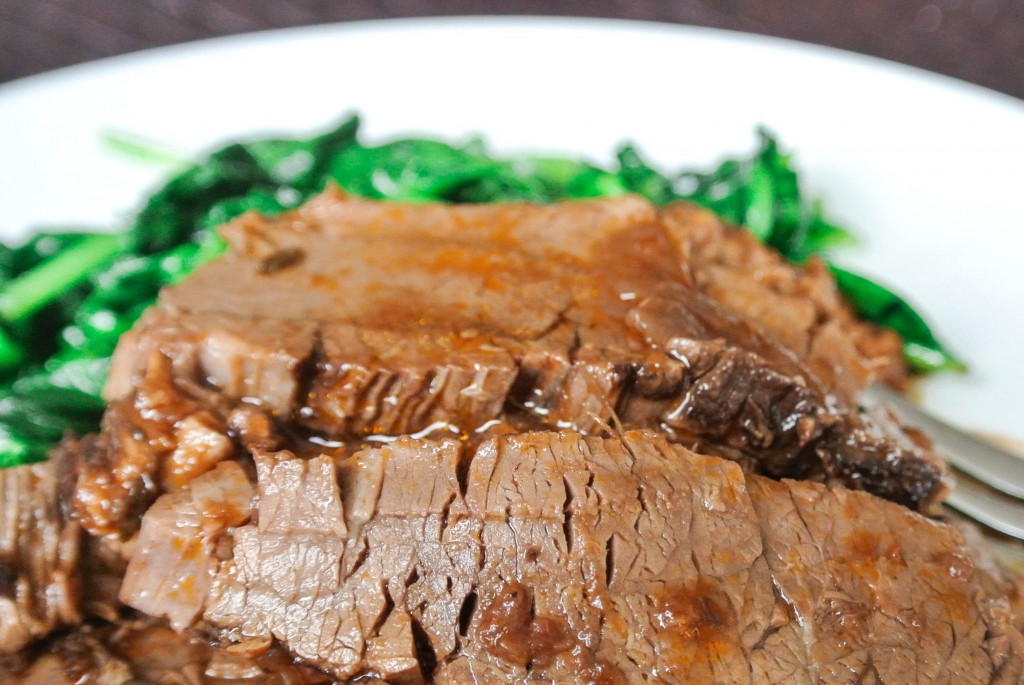 I could eat this every night. It is cooked with Cabernet, so try serving it with the same. Oh and some vegetables too. 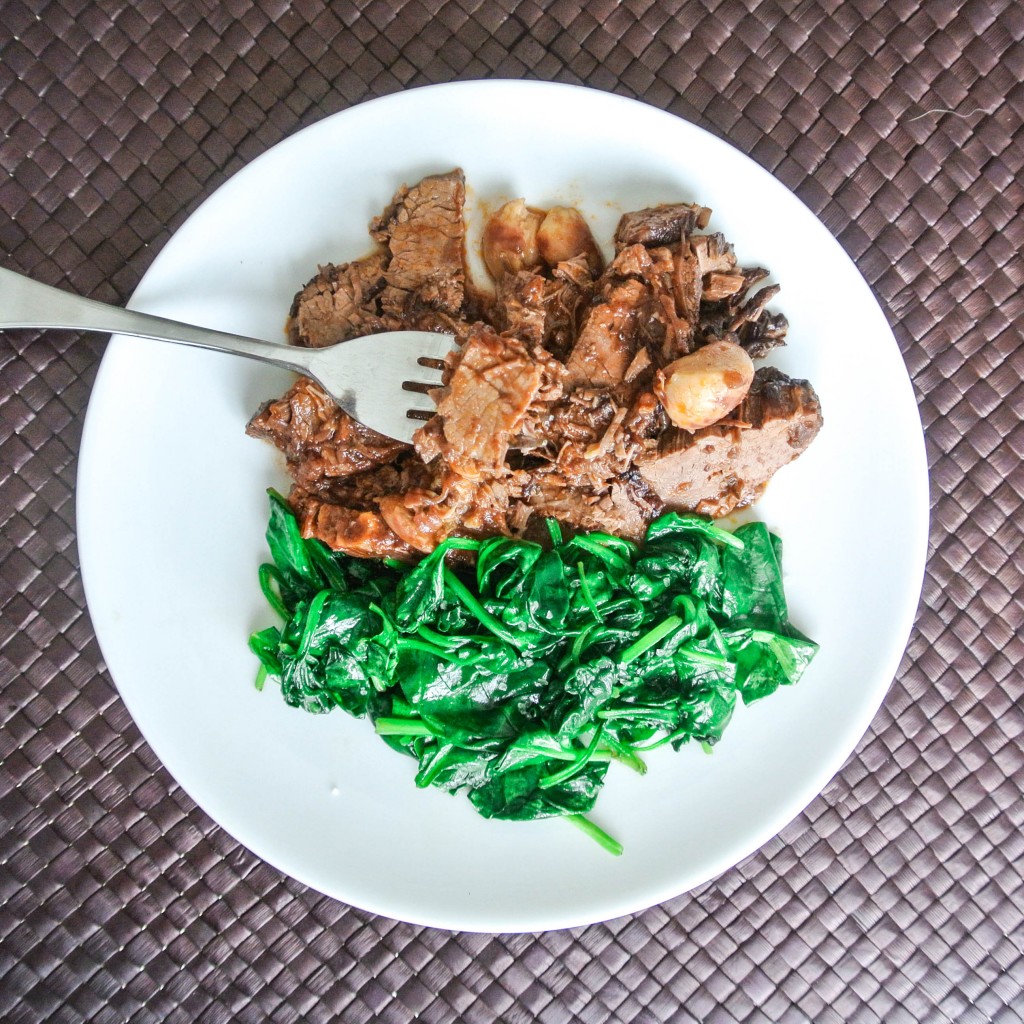 Turns out brisket is also awesome for breakfast, with scrambled eggs! 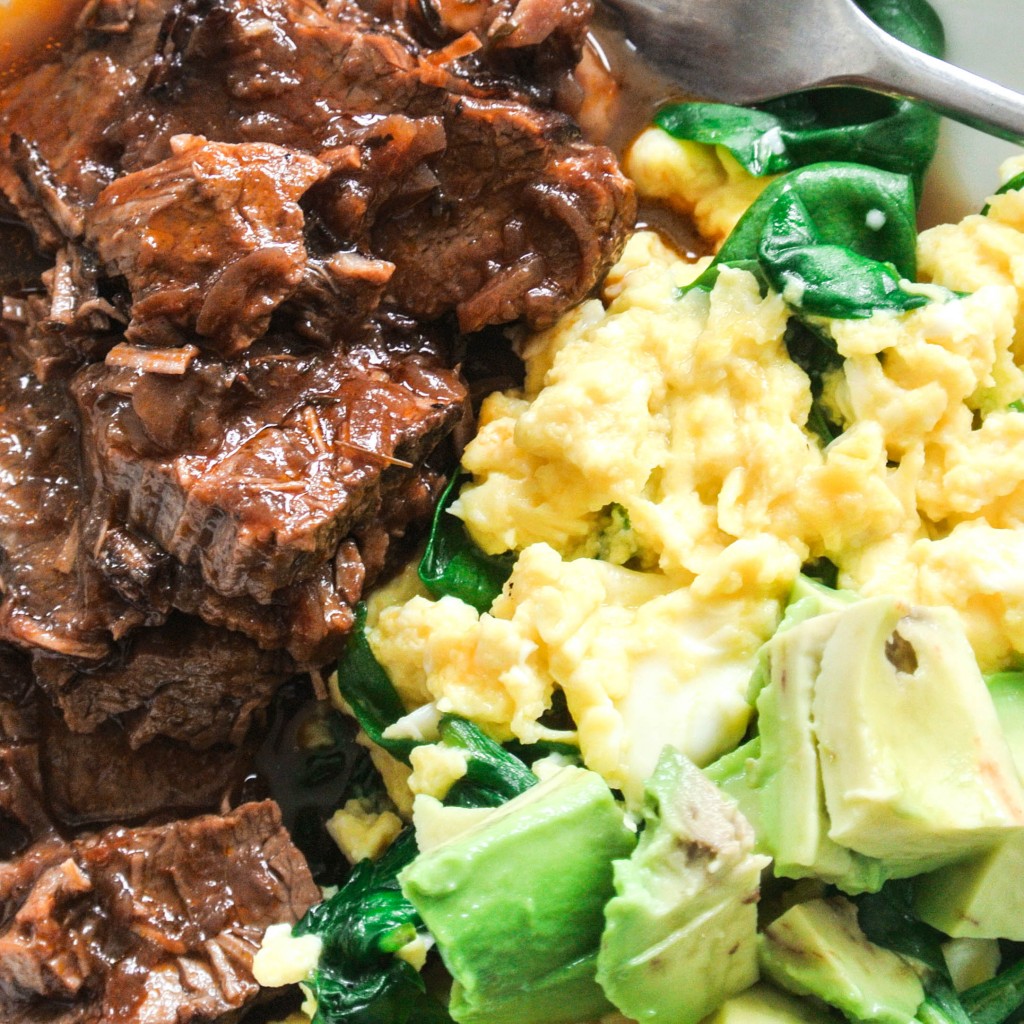 Print
This brisket is cooked in two stages: 1) on the stove top (about an hour), and 2) in the oven (at least 3 hours). I recommend letting it cool at least 6 hours or overnight, so try cooking it over the weekend for a satisfying weeknight meal.
Author: MyUtensilCrock.com
Recipe type: Main
Serves: ~ 1 person per pound
Ingredients
Instructions
Prepare the Garlic:
Cook the Brisket on the Stove Top:
Cook the Brisket in the Oven:
Prepping the Brisket for Slicing:
This step will help you remove the fat all at once, so there isn't fat on every slice of meat
3.2.2704

Brunch with mom and dad on a beautiful day in DC!

This week is coming in hot and requires @fiveguys.