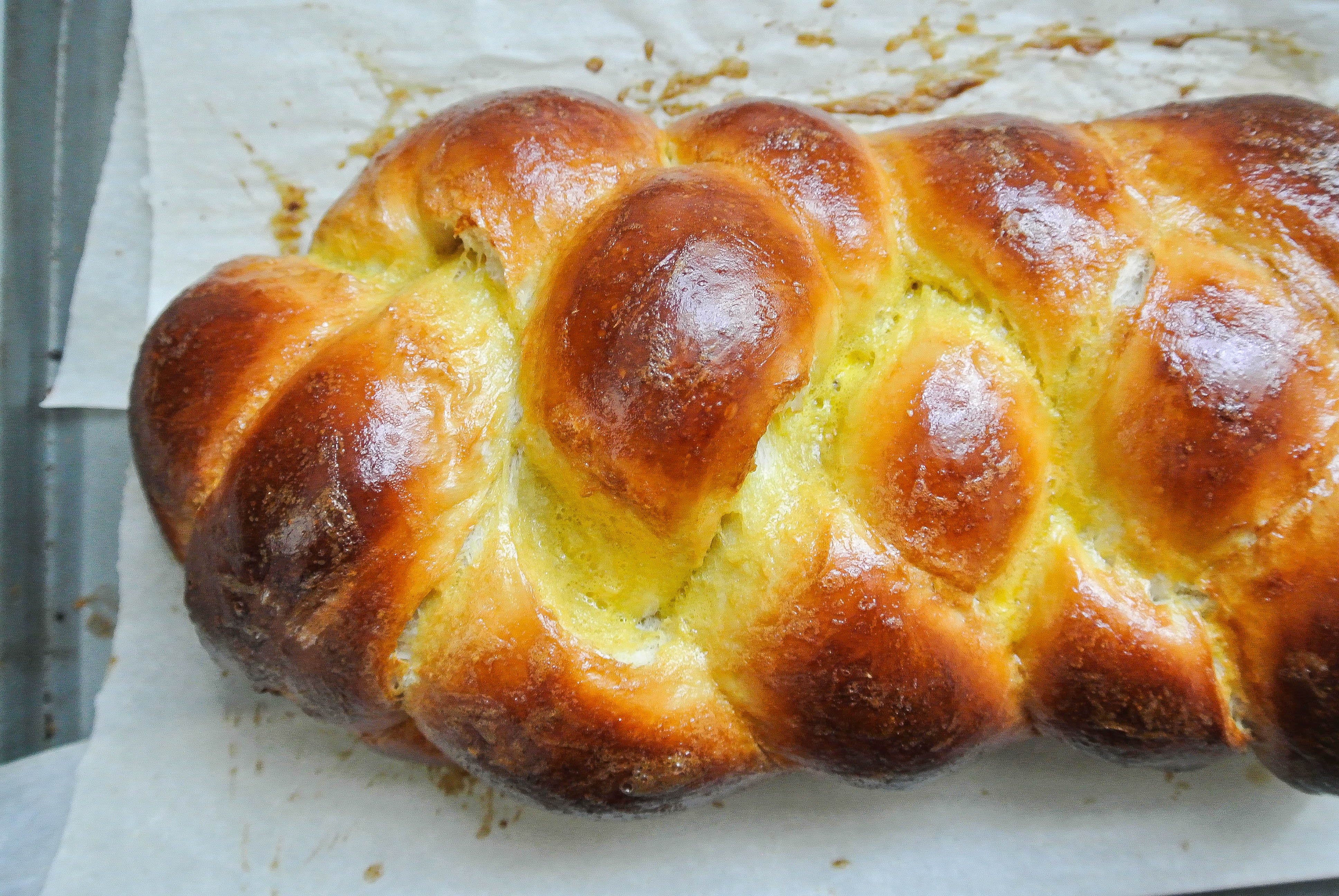 Thanksgiving snuck up on me this year – does everyone feel that way every year? I had suggested to my parents that we embrace “Thanksgivukkah” and serve a Jewish-themed appetizer course, followed by the traditional Thanksgiving meal. They did not require much convincing. Any excuse to eat latkes, lox, and pastrami is welcomed around these parts.

I was not able to attend October’s Cooking Club (Hostess: SLSC; Theme: Thanksgiving Inspiration; Date: 10.27.13), but the menu included Pumpkin Challah expertly baked by EDL, which received rave reviews from the attendees, so I decided to include it in my family’s celebration.

However, I have a very traditional family, and as I braided the pumpkin challah, I could tell my dad would have preferred a regular old challah.  The pumpkin-flavored bread ended up being delicious and appreciated, but my dad was right. If you were expecting challah, it wasn’t “challah.”

I have made challah before, but looking through my recipe files, it may have been over 8 years ago – and I have never made a braid with more than 3 strands. The pumpkin challah turned out perfect, so I went back to the same source for her traditional challah recipe. Another winner! I particularly appreciated the tutorial on how to braid challah, and I decided on the four-strand braid. I wanted to use half the batch of dough to make dinner rolls, and didn’t think I would have enough dough to attempt anything more complex that would still have a wow-factor. I literally got “oohs” and “ahhs.” It is hard to deny that braided challah is indeed gorgeous. 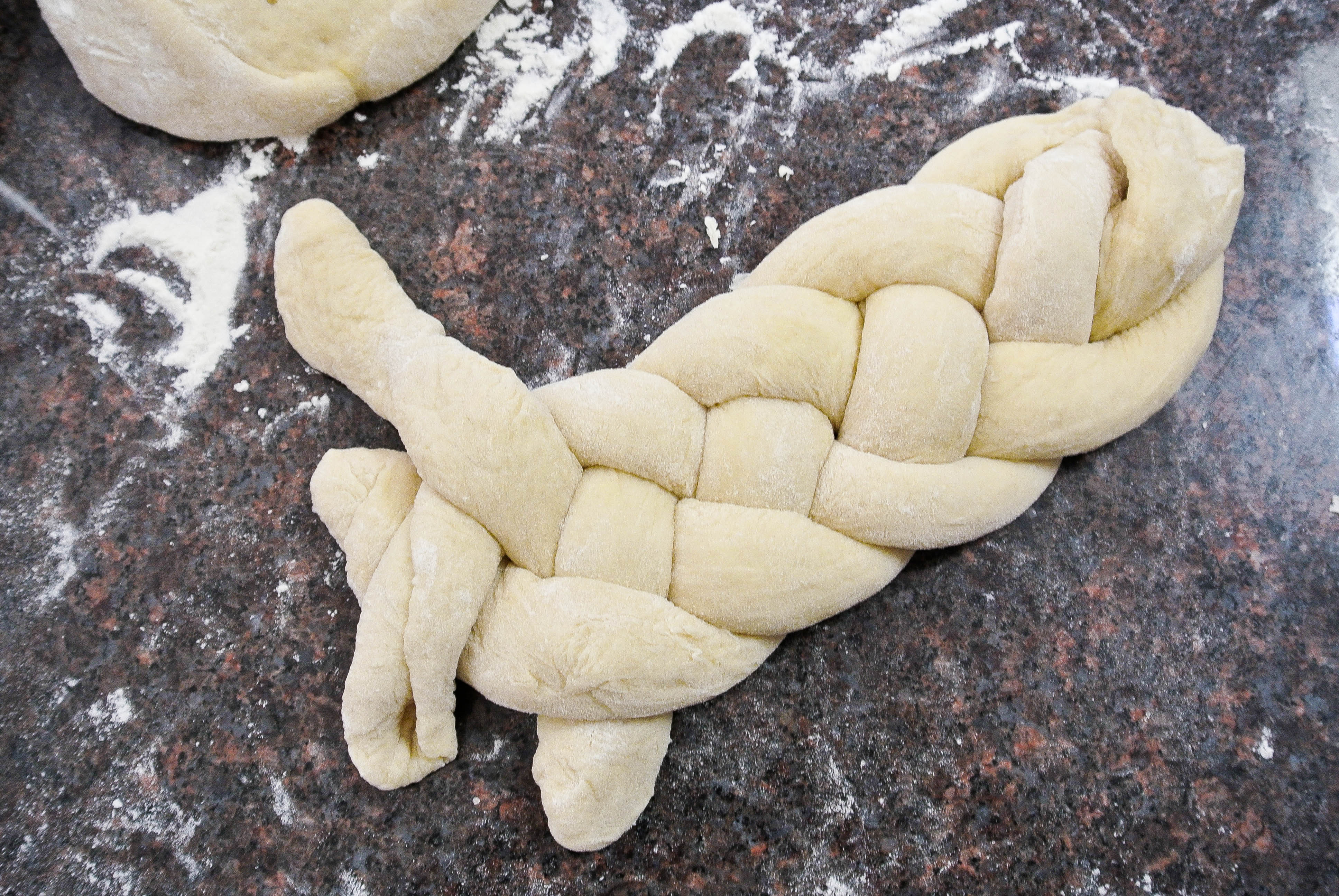 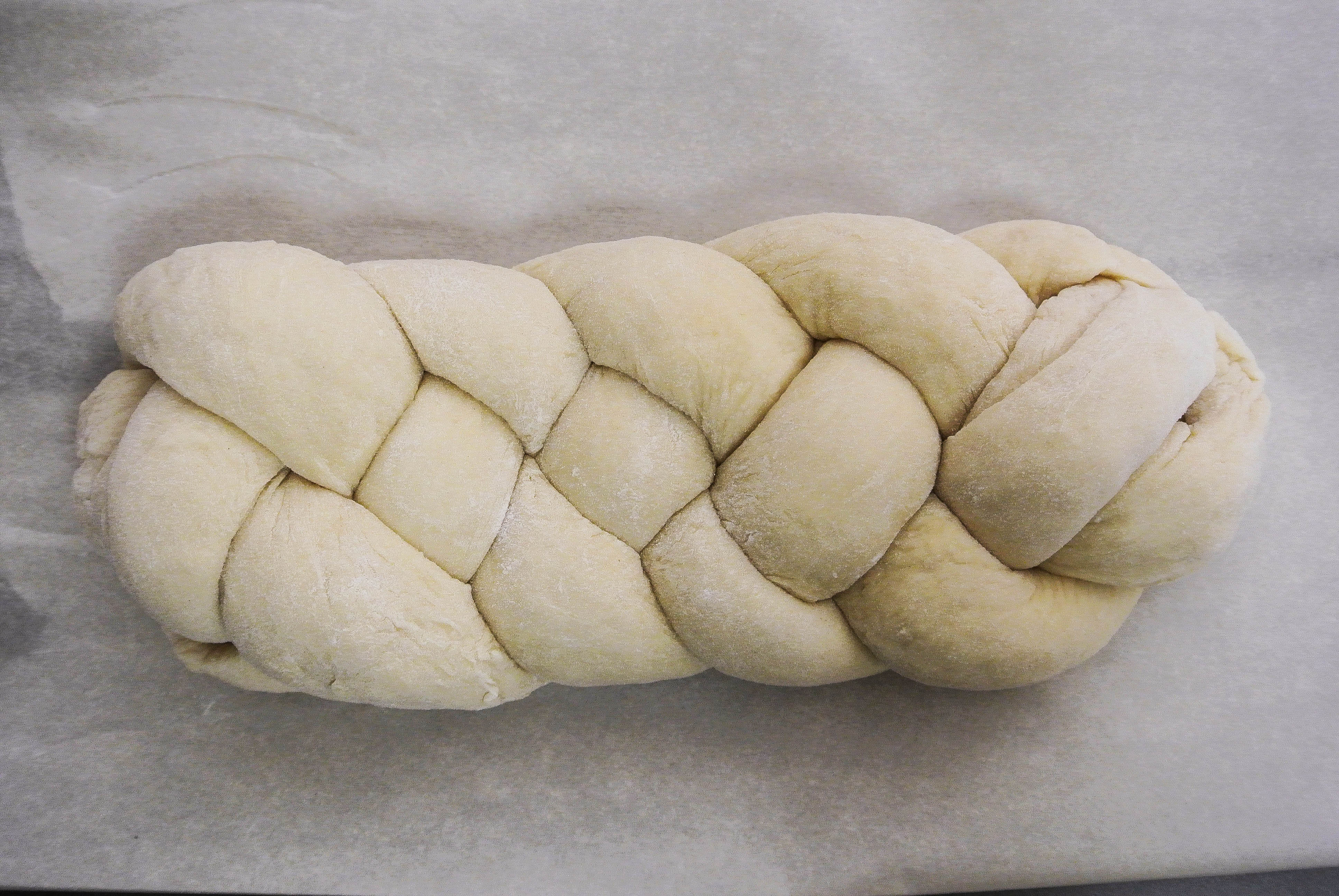 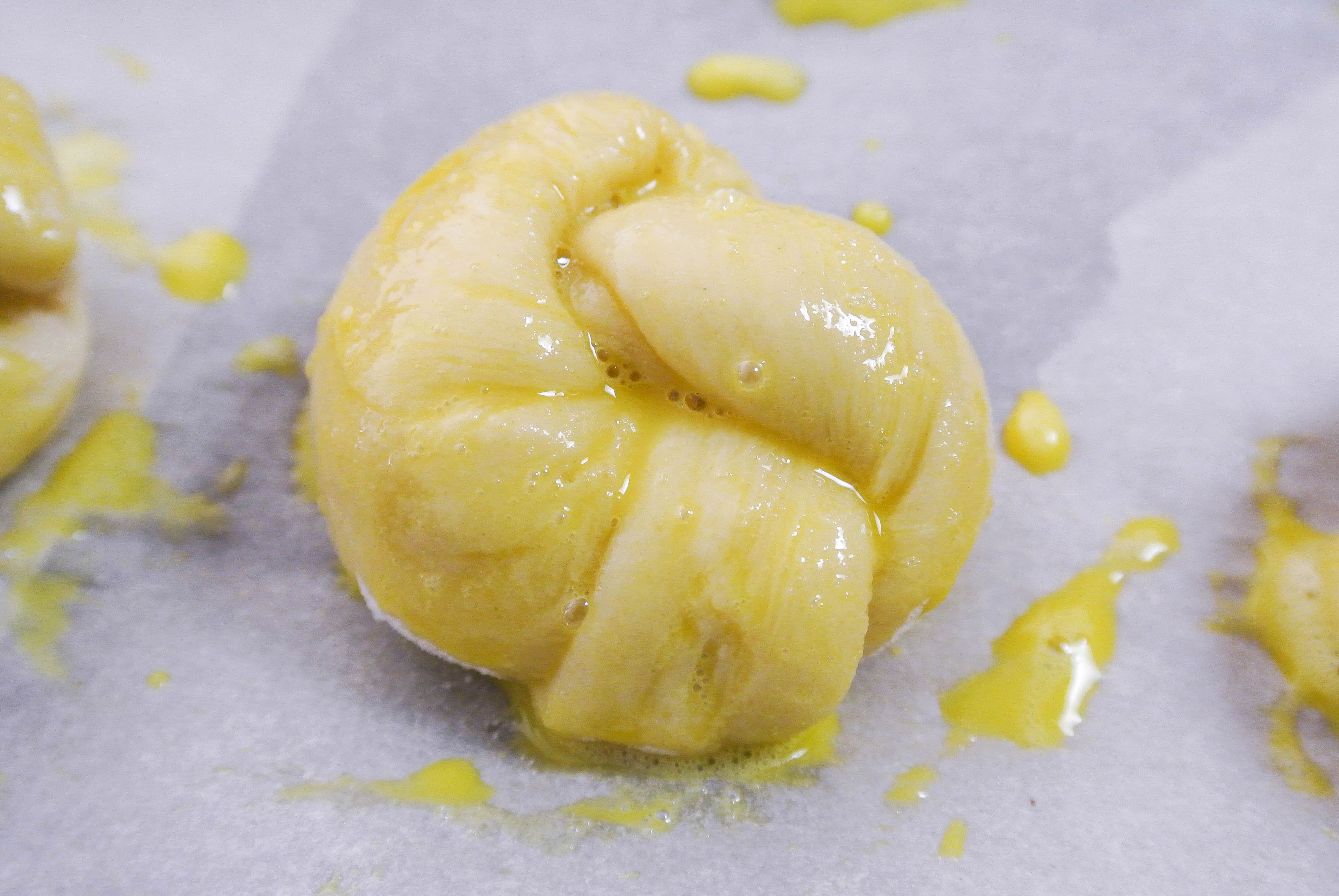 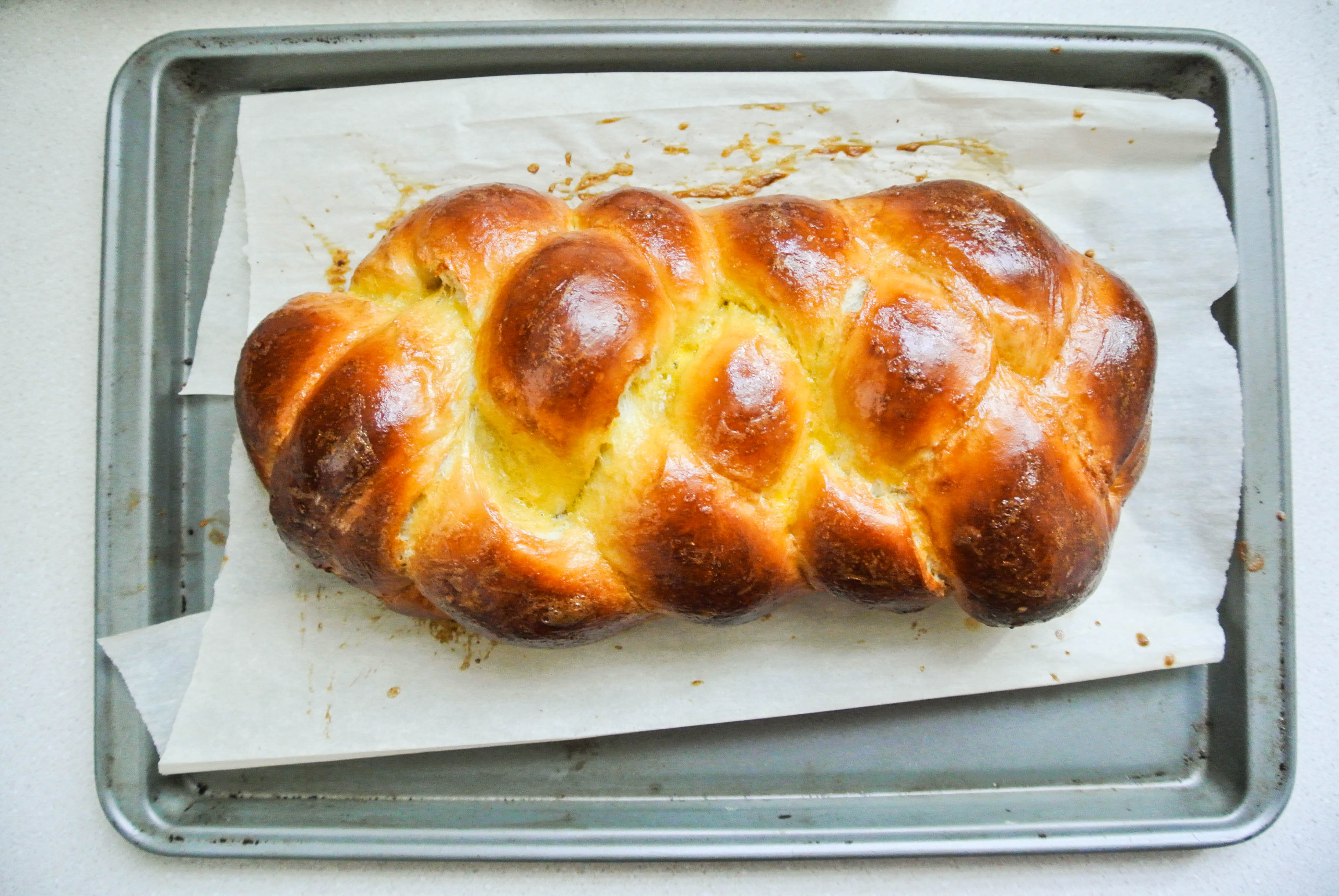 This post is part of the monthly “link up party” called Our Growing Edge, which is an online way to connect food bloggers and inspire us to try new things. Our Growing Edge is the brain child of Genie from Bunny Eats Design, and I am the hostess this month. The posts for November’s link up can be found here. New for me with this post: A four-strand braid for challah!

This is it guys. One last perfect double chocolate

This year, I just roasted a bunch of things, and i